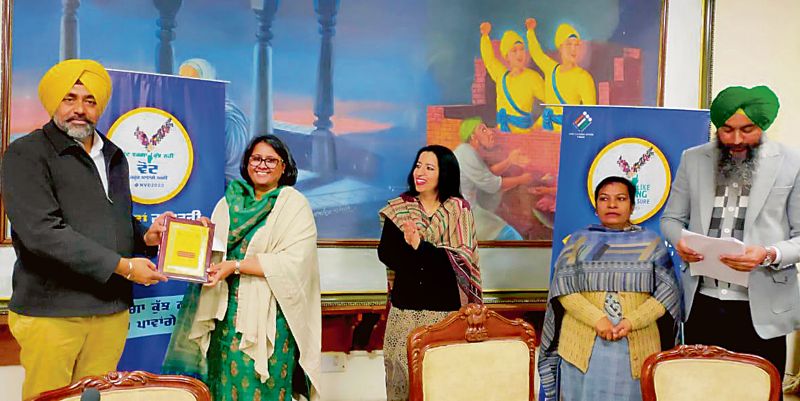 District Election Officer-cum-Deputy Commissioner Parneet Shergill said India is the largest democratic country in the world and to further strengthen the democracy, it is important for every voter to use his vote appropriately without any greed or pressure. She said it is the social responsibility of every citizen to exercise their right to vote and should not neglect it.

The DC said the day is celebrated by the Election Commission of India to make voters aware of their right to vote and to ensure 100 per cent participation from the voters.

She appealed to the youth to exercise their right to vote as it is their constitutional right and they should be used with full responsibility. She said only by using the right to vote can people make a nation of their dreams.

The DC added that the campaign launched by the Election Commission to link voter ID card with one’s Aadhaar card has achieved great success in the district and so far more than 98 per cent of voter cards in the district have been linked with Aadhaar numbers.

Amloh SDM Gurwinder Singh Johal was awarded the best Electoral Registration Officer for his services rendered during the revision of voters’ list.