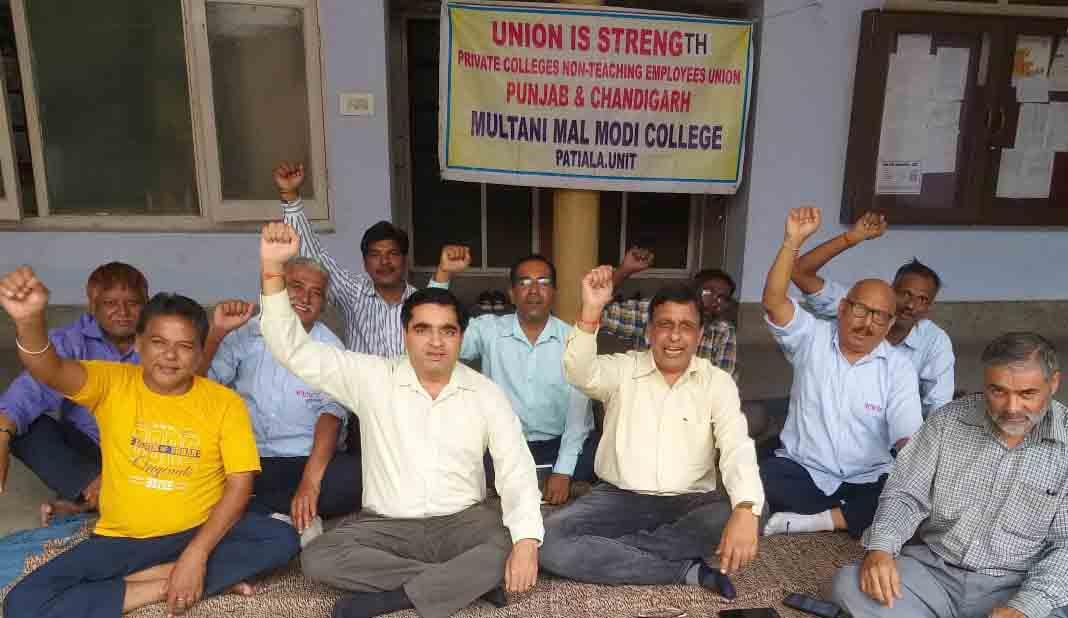 The protesters raised slogans against the Punjab Government over the treatment being meted out to the non-teaching employees.

Their major demands included issuance of a notification to implement the 6th Pay Commission on a par with the Punjab Government employees, government notification on revised grade pay from December 2011, implementation of house rent at revised rates from August 2009 and release of 5 per cent interim relief with effect from January 2017.

Ajay Kumar Gupta, press secretary of the union, said the state government implemented the 7th Pay Commission for teachers working in colleges, but did not accept demands of the “poor cadre” of non-teaching employees working in private aided colleges.