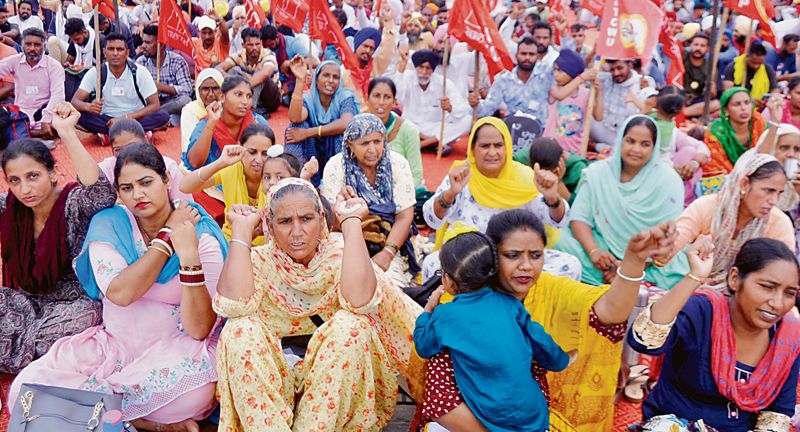 Members of the Theka Mulazim Sangharsh Morcha during a protest in Patiala on Thursday. Tribune photo

Contractual workers of various departments, who have been protesting at the Theekriwala chowk in the city today held a protest outside the District Administrative Complex (DAC) here today. The traffic outside the DAC was disrupted due to the protest.

Contractual workers, who have been camping at the Theekriwala chowk, are demanding regularisation of their jobs. These workers include those associated with departments, including the PSPCL, thermal plants, water supply and sewerage board and others. They have been protesting under the Theka Mulazim Sangharsh Morcha banner.

Jagroop Singh, Balehar Singh and other leaders of the morcha said the government had given an assurance to regularise services of all contractual workers, which had not been fulfilled. “We will continue our protest till our demands are not met,” leaders added.—TNS