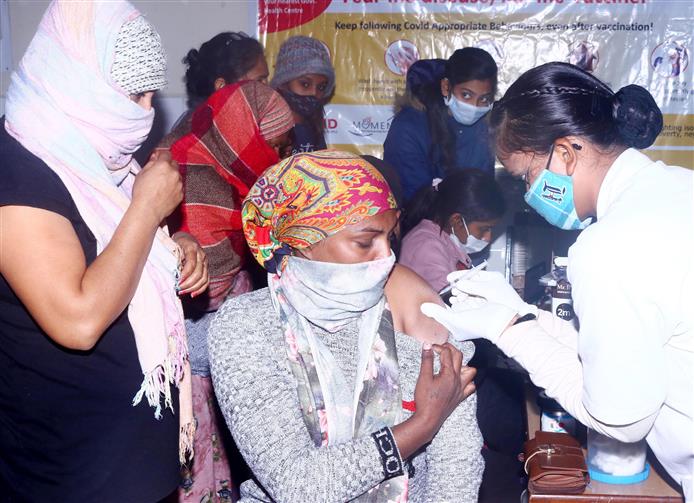 A woman gets vaccinated against Covid in Patiala. Tribune photo: Rajesh Sachar

The district reported seven deaths due to Covid-19 in the past 24 hours. Besides, as many as 473 people tested positive for the disease.

Civil Surgeon Prince Sodhi said as many as 12,853 people were administered the Covid vaccine at various camps organised in the district. Apart from them, 393 people received the booster dose while 302 children in the age group of 15 and 18 years were vaccinated.

He said out of 2,679 samples tested for Covid, reports of 473 came positive. Of these, 194 were from the Patiala city alone.

Currently, there are 2,697 active cases in the district. “The number of Covid-related deaths has increased to 1,407, as seven more deaths were reported in a single day,” he said.

District epidemiologist Sumeet Singh said officials of the Health Ddepartment had declared a micro-containment zone at ward number 10 of Ghanaur.