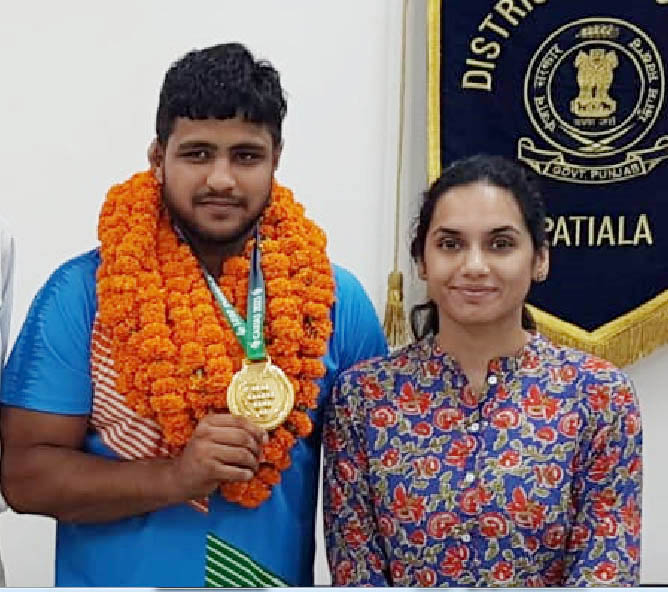 Sumit Dahiya, a student of school for the deaf at Saifdipur village in Patiala, has won a gold medal in wrestling at the Deaflympics held in May 2022 in Brazil. Deputy Commissioner Sakshi Sawhney felicitated Sumit Dahiya on his arrival here today.

Describing Sumit as a source of inspiration for all the youth, including the students of school for the deaf, the DC said sports competitions would be organised in the district between special students (Divyangjans) and other students of government schools. She said special arrangements would be made by the Sports Department for imparting training to the special children.

It may be recalled that Sumit Dahiya from Haryana had earlier won a bronze medal at the Tokyo Deaf Olympics.

Sakshi Sawhney congratulated Sumit Dahiya on his victory and wished him success in his future endeavours.

The DC said there was no dearth of talent in special children but there was a need to bring out their hidden talents.