Despite increase in Covid cases, few takers for booster shot in Patiala district

Only 10.7% of the eligible beneficiaries come forward so far 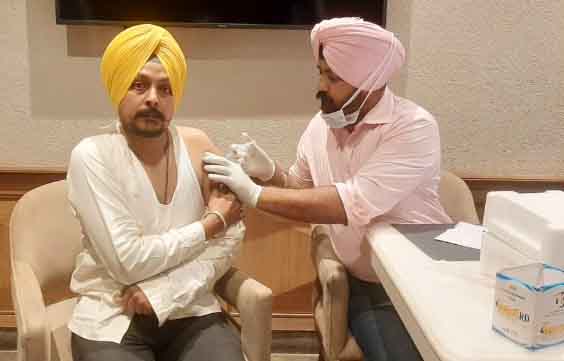 A health worker administers a Covid-19 dose to a man in Patiala on Friday. Tribune photo: Rajesh Sachar

District immunisation officer Dr Veenu Goyal claimed that pendency of precautionary doses rose because the Central Government reduced the gap period between the precautionary dose and the second dose of the Covid vaccine.

Notably, the Union Health Ministry this month reduced the gap between the second dose and the precautionary dose from nine months to six months for all adults.

Dr Veenu said: “There is no let-up in vaccination camps. We are holding camps on a regular basis. Besides, staff members are trying to persuade the eligible beneficiaries to get the precautionary dose, which is important.”

She said other stakeholder departments were also being roped in to enhance the booster dose coverage in the district.

Meanwhile, the health officials said beneficiaries were reluctant to get the vaccine shot because they had already become complacent about Covid. They were facing strong opposition from eligible beneficiaries in the district.

Meanwhile, the Patiala Health Department today administered only 1,576 vaccine shots in the entire district. Of the 1,576 beneficiaries, 96 were given with the first dose, while 594 got their second dose of the Covid vaccine. Health officials said 886 persons were given the precautionary dose.