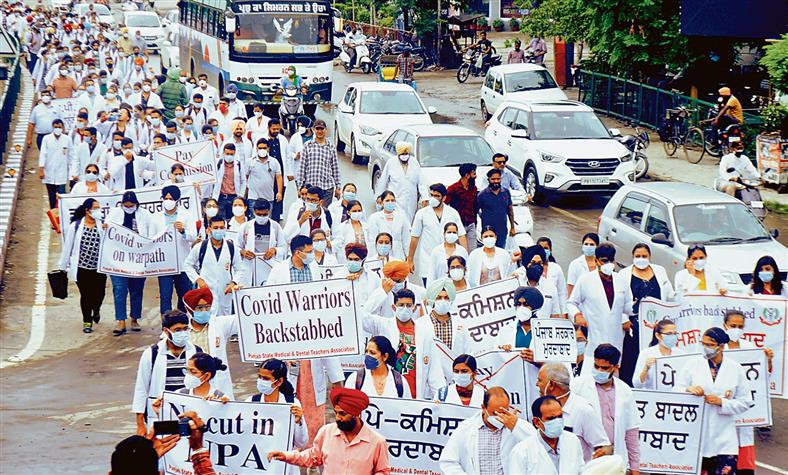 Over 600 government and private doctors of the city, along with medical, dental students and retirees, organised a protest rally at the Government Medical College over their demands related to non-practising allowance (NPA).

Doctors said the state government should restore their NPA and link it with basic pay for calculation of dearness and house rent allowances apart from restoration of Rs2,500 academic allowance.

The protesters completely shutdown OPD and operation theatre services at the Government Rajindra Hospital and TB Hospital for more than three hours. They also suspended classroom teaching of medical dental students and abstained from administrative duties.

Speakers criticised the state government and alleged it was humiliating doctors by implementing a cut in the NPA instead of rewarding them as Covid warriors.

Dr DS Bhullar, state general secretary, PSMDTA, said the statewide protest of medical and dental teachers, along with all other government doctors, would continue till ruling dispensation in Punjab accepted their demands.