Double blow for bereaved kin of poor patients at Rajindra Hospital in Patiala : The Tribune India 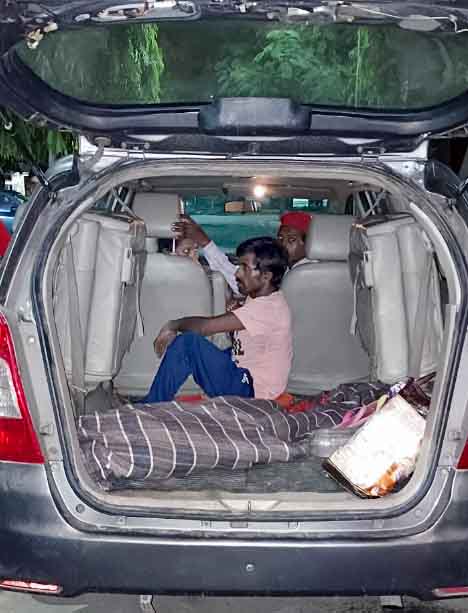 The body of a woman kept in an SUV at Government Rajindra Hospital in Patiala. Photo: Rajesh Sachar

A member of an NGO had to provide his SUV to the kin of a woman, who died at Government Rajindra Hospital here, to transport the body to Ludhiana.

On finding that there was no hearse van at the hospital, relatives of the 35-year-old woman tried to sell a mobile phone to arrange money to transport the corpse. A doctor on duty then rang up an NGO to help the bereaved family.

Gurmukh Singh, who runs the NGO, said, “I tried to arrange an ambulance, but no driver took the call as it was night. A member of our NGO then volunteered to give his SUV to transport the deceased.”

The woman labourer was referred to the infirmary here from the Civil Hospital in Ludhiana. She was brought here in a government ambulance. However, there is no provision to transport routine dead bodies in government ambulances. In 2017, the then health minister had announced a free of cost mortuary van service, but it never started.

Transporting a body becomes a hard task for the family, especially the poor, in their hours of sorrow.

A senior doctor of Government Rajindra Hospital said, “Since the hospital is sans a mortuary van, poor people usually take the body in an auto-rickshaw as they can’t afford private ambulances.”

Exploiting the situation, private ambulances, sources said, are minting money by charging ‘extra’. A private ambulance charge varies between Rs 3,500 and Rs 5,000. The rates are higher during odd hours.

Harjinder Singh, Director-Principal, Government Medical College and Rajindra Hospital, said there was no hearse van at the hospital. “Usually, NGOs help poor patients to transport bodies, as we don’t have a mortuary van.”