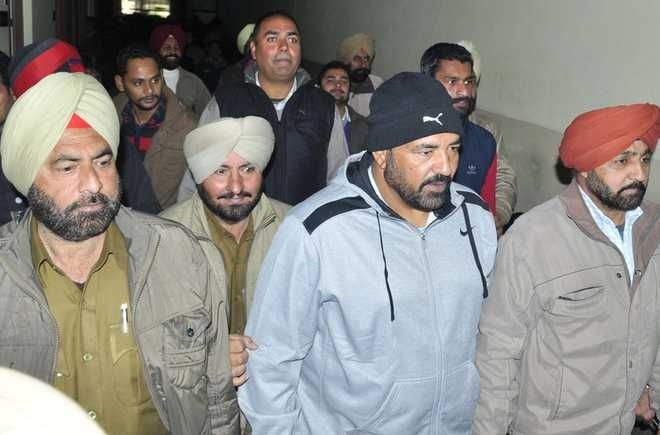 Three days after jail authorities recovered a mobile from his possession, international wrestler and drug kingpin of yesteryears, Jagdish Singh Bhola, has been shifted from Patiala Central Jail to Gurdaspur Central Jail.

Senior jail authorities confirmed that Jagdish Bhola, who was lodged in jail in a multi-crore synthetic drug racket, had already been shifted.

He was brought to Patiala Jail from Muktsar in June last year. Sources said Jagdish Bhola had been using mobile phone in jail since long and shifting him to Gurdaspur is being termed as a ‘punishment’.

In fact, it was during a special drive when Patiala Central Jail authorities, on Wednesday, seized the mobile phone with a SIM card from his possession. Following this, jail officials registered a case with the district police.

Authorities informed that he had hid his mobile phone in a wooden box meant to keep items to offer prayers.

Notably, an Arjun Awardee wrestler, Bhola was accused of an active role in the Rs 6,000-crore synthetic drug case in January 2014. He was convicted by a special CBI court in three cases related to drug racket and was awarded jail terms.