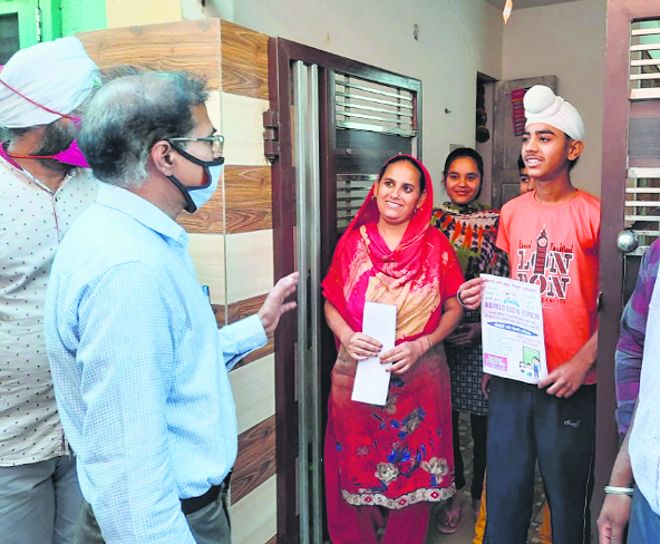 To give a push to the ongoing enrolment drive for government schools, Education Secretary Krishan Kumar went door to door at Saidkheri village here today.

Krishan Kumar himself distributed pamphlets among villagers, highlighting the achievements, quality education, and other facilities available in government schools.

A massive enrollment drive is underway in the state. Before going door to door, the Education Secretary, using the public address system of the local Gurdwara Sahib, made an appeal to residents to get their wards admitted to government schools.

“There is a potential for enhancing the enrollment. Last year, about 15 per cent increase in enrollment was recorded in government schools. Following the confidence with which school teachers are highlighting the improved infrastructural and quality education facilities, a positive change in the public perception about government schools is abundantly visible. The further improvement in enrollment during the current academic year is seemingly inevitable,” said Krishan Kumar.

The Secretary directed the school heads and teachers to do micro-planning such as procuring the lists of potential parents, along with phone numbers from their respective localities. He also asked them to sensitise parents about the facility of separate sections at schools for students, who are aspiring to opt for the English medium.