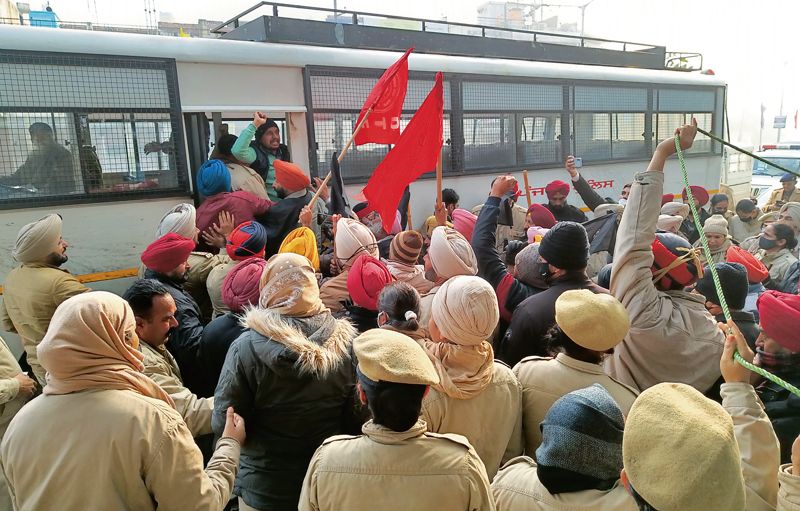 The police thwarted an attempt by employees, pensioners and workers of the state government to disrupt the Republic Day celebrations on January 26. The police detained a number of leaders from the protest site, district education office, from where they had planned to march for the Polo Ground.

The Punjab UT Employees and Pensioners Front had decided to show black flags to Finance Minister Manpreet Singh Badal on the occasion of Republic Day here. They gathered at the District Education Office to begin a march for the Polo Ground when police personnel blocked their path.

Between 20 and 25 protesters, including leaders Hardeep Toderpur, Darshan Belumajra and Seshan Kumar and others, were detained by the police party.

Finance Minister Manpreet Singh Badal urged the people to exercise their voting right in the upcoming elections. He was speaking during the flag hoisting ceremony on Republic Day here. He also lauded the sacrifices of freedom fighters.

He said people should take a pledge that they would work for eradicating poverty, unemployment, uplift of education and drug menace from the country.