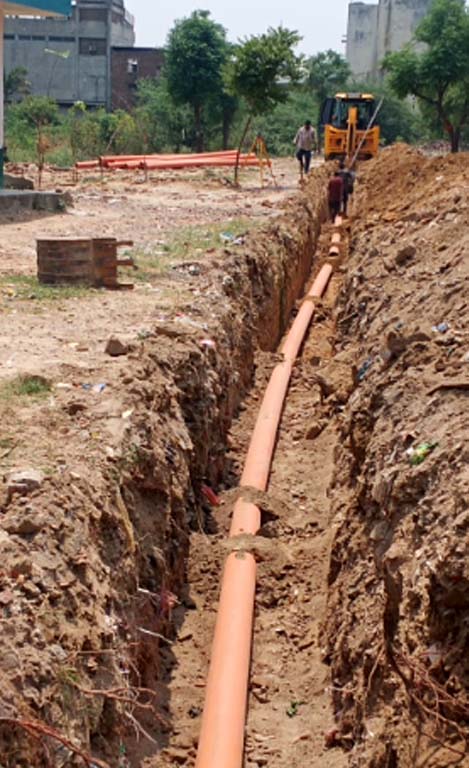 Punjab Lok Congress(PLC) district Patiala (Urban) president KK Malhotra has complained to the Punjab Chief Minister over encroachment on pond land at Kolan Wala Toba in Vikas Colony here. The local leader said the court had ordered a stay on the use of land during the previous Congress and SAD-led governments but some miscreants had started misusing the land by laying sewer lines. This is while the state government has initiated a programme to free encroached government land in the state.

Malhotra in his complaint had said he had already brought the matter to the notice of MC officials, but to no avail. He said, “Of the 43 bigha land, over 21 bigha and 13 biswa belongs to the MC as per revenue records. The High Court had stayed the land sale in question.”

He said, “After formation of the Aam Aadmi Party (AAP) government in the state, some miscreants have laid sewer lines of 500 feet without the MC’s permission. Moreover, they have also damaged a road constructed by the corporation a year ago.”

He said the state government should intervene in the matter and act against those violating the court orders.