Some end protest while others stay put 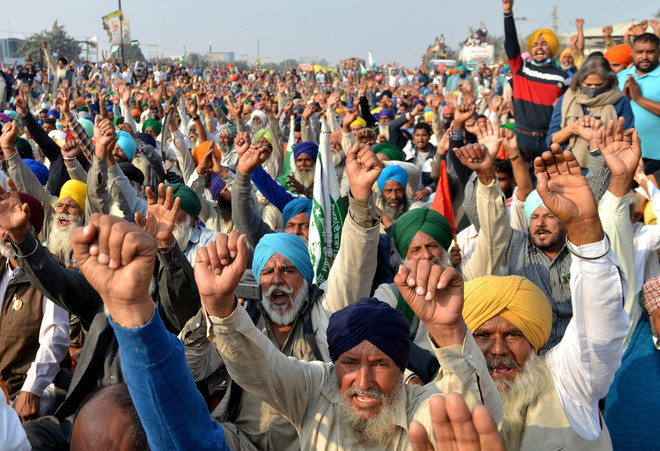 Some of the farmers, who were protesting against the land acquisition for the Delhi-Katra Expressway at YPS Chowk here, ended their protest today after they accepted the compensation awarded to them.

MP Preneet Kaur informed that the National Highway Authority of India had acquired land for the Delhi- Katra Expressway. However, farmers were not satisfied with the compensation awarded to them for their land. Following this, the Punjab Government and the district administration intervened to ensure that adequate compensation was provided to these farmers.

She said the land was acquired in 11 villages of Patran tehsil. The Patran SDM had on May 31 this year awarded a compensation of Rs1 crore per acre for the land along the Ghagga main road and Rs58 lakh per acre for other villages.

However, some farmers, who were also part of the ongoing protest at the YPS roundabout, said they would not end the stir. Harmanpreet Singh, coordinator, Delhi-Katra Expressway Kisan Sangharsh Committee, said, “We do not accept the compensation given by the state government. Therefore, we will not end our protest. Only farmers from Patiala district have ended their protest.”

Farmers have been sitting on a dharna at YPS Chowk since March last week. — TNS