Over 550 animals culled to curb spread of African swine fever 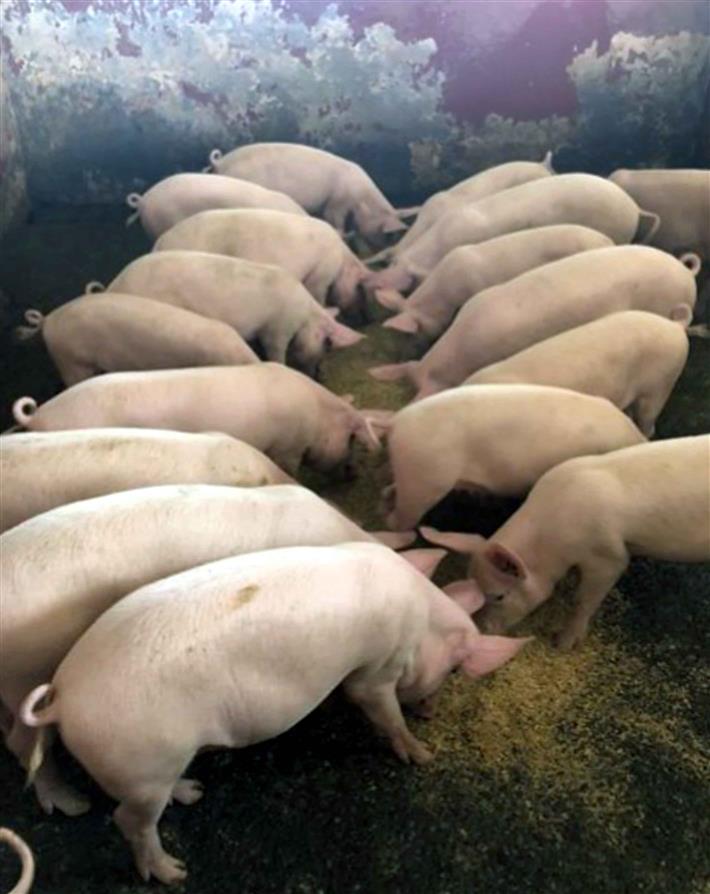 Pigs at a piggery in Patiala district. A Tribune photograph

Pig farmers, who have incurred losses due to the spread of African Swine Fever (ASF) in Patiala and Fatehgarh Sahib districts, now want a proper policy framework. Over 550 pigs have been culled in two districts to curb the spread of the disease.

Sunil Singla of Rawas Brahmna village in Patiala district, who started his piggery business only six months ago, said his pigs were culled on September 5.

I had brought the best breed. Their rearing cost me around Rs 30,000 per animal. But the government will pay on average Rs 10,000 to Rs 12,000. If we compare this to the rates of sale of pig meat, the loss is huge. —Hardeep Singh Grewal, HS Farm

“My pigs were healthy and provided proper feed. But they had to be culled as my farm came within a 1 km radius of the disease epicentre. The government compensation is not optimum. Besides, I have suffered losses due to spread of the disease at an adjacent farm with pigs reared in unhygienic conditions,” he said.

Hardeep Singh Grewal of HS Farm at the same village, who has been running a piggery for the last seven years, claims his losses are set to go up to Rs 25 lakh.

“They culled my 164 pigs due to proximity to the epicentre. Sample tests of my pigs were negative. I had brought the best breed. Their rearing cost me about Rs 30,000 per animal. But the government will pay on average Rs 10,000 to Rs 12,000. If we compare this to the rates of sale of pig meat, the loss is huge,” said Grewal.

He says the government should make a policy and ensure piggeries are set-up at considerable distances only. “New farms should be allowed at a minimum 1 km distance,” he added.

A Ludhiana-based pig farmer and state association president Sukhwinder Singh Grewal said many piggery owners, expecting losses, sold their animals at extremely low prices. He said the compensation provided by the state was not the best, but would help pig farmers get back on their feet.

Grewal, also the lone advisor for animal husbandry and dairy sector, Government of India, said a lack of policy for pig farming was affecting them. “The industry needs a policy framework. Pig farmers should be provided training. Focus should be on eradicating dirt and waste. Animal feed is not government controlled. We also pay taxes as per industry standards, but do not get loans according to the same,” he said.

Dr Ranbir Sharma, Deputy CEO, PLDB said, “Pig farmers are trained at various government facilities. We continuously provide them suggestions and directions. In terms of loans, we have sent proposals to NABARD. They have not yet provided subsidies for pig farming in Punjab. Those are yet to be passed by the Centre Government. Meetings are being held in this regard. A policy for loans will be formed and implemented as soon as it is passed.”