Her earlier attempts to raid the same dairy yielded no results 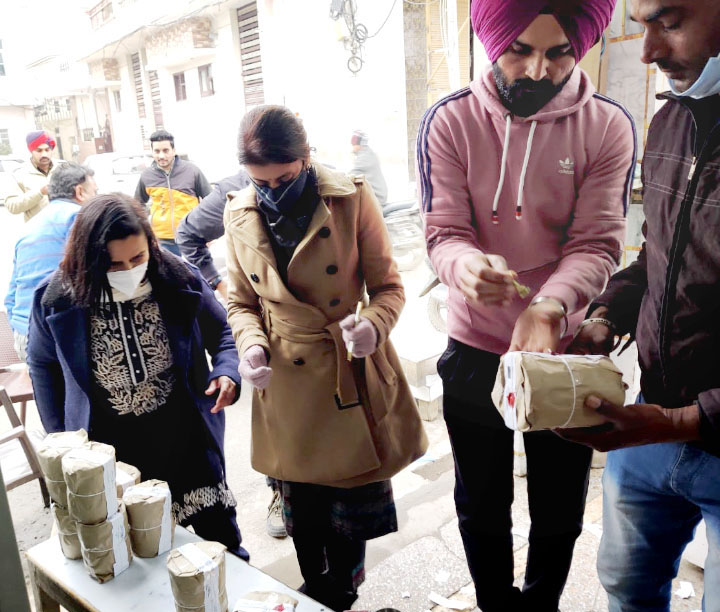 Samples being collected from a dairy in Patiala district on Monday. Tribune photo: Rajesh Sachar

So as not to leak information, the District Health Officer (DHO) all alone raided Dhawan Milk Dairy in Samana town of the district here today. Around six food samples — milk, curd, khoya, paneer, butter and desi ghee— were collected from the dairy. The samples would be sent to state food laboratory, Kharar, for testing, the DHO said. Dr Shelly Jately said she had to go, sans any staff accompanying her, onto the raid for the sheer reason of leaking the information to the dairy owner. She claimed earlier on several occasions when they went to raid the same dairy it was found closed every time. She said, “I went all alone in a private vehicle for the raid. Only after reaching the dairy, I called other staff members, including food safety officers, who completed the raid.”

She said the information of raid on dairy was seemingly leaked during the earlier two occasions. “There were several complaints against Dhawan Milk Dairy. However, we were not able to collect samples as shop used to be found closed. Any action against the dairy owner will be taken after results of the food samples,” Shelly said.