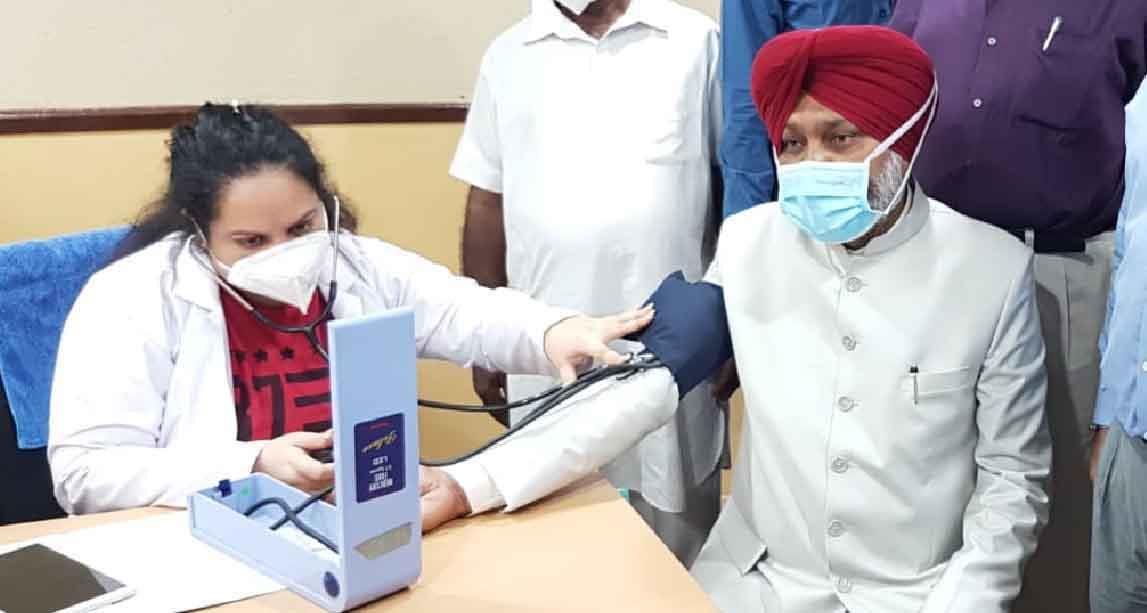 A health official checks the blood pressure of Finance Minister Harpal Singh Cheema at the Aam Aadmi Clinic opened in the city.

Inaugurating the clinics at the Punjab Language Department, Finance Minister Harpal Singh Cheema said they had fulfilled one more promise made by Chief Minister Bhagwant Mann. He claimed, “This is the first time that the promises made by a party before the elections have been fulfilled within five months of the formation of the government. The work that is usually done by the governments in the last six months of their tenure has been done by the AAP government in the first five months. This is the difference between the AAP government and the previous governments in the state.”

The Finance Minister said health and education were among the top priorities of the government. Hence, the government had increased the expenditure on these two sectors in its first Budget itself. “With the opening of 75 Aam Aadmi clinics, a revolution has already started in the field of health facilities in Punjab. More such clinics will be established across the state soon,” he added.

On the occasion, Cheema and Patiala MLA Ajitpal Singh Kohli had their health check-up at the Aam Aadmi clinic at the Punjab Language Department.