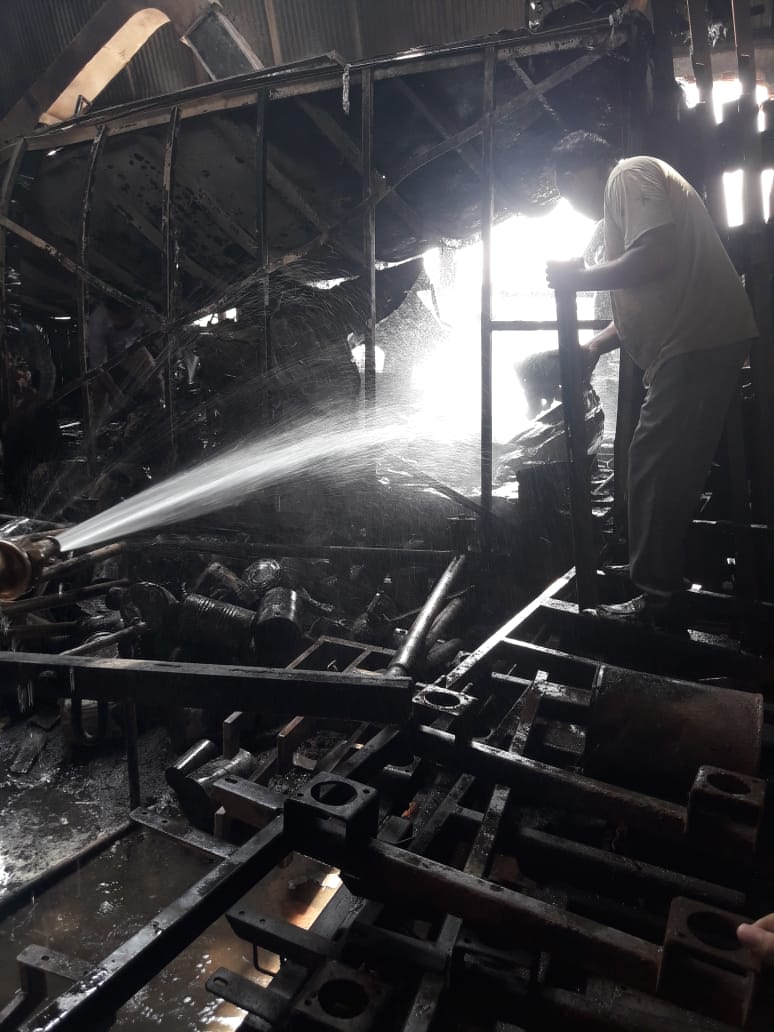 Luckily the employees were on a break and escaped unhurt while the office reported some losses and have thus closed the unit temporarily.

Fire officials said they received the information in the afternoon and thereafter pressed four fire tenders into service.

“The flames were doused in about two hours by 3:30 pm. Two of the tenders were from Nabha while one each came from Samana and Patiala,” fireman Gurtej Singh said.

Officials said the exact cause of the fire was not known yet though as per speculations it could have been due to short-circuit.

“Rajiv Kaushal, the GM of the Preet Agro Industries private limited. said, “The incident took place at about 1.05 pm. All the employees were on a break. Right now we are yet to assess the damage to the property which will be completed by tomorrow.”