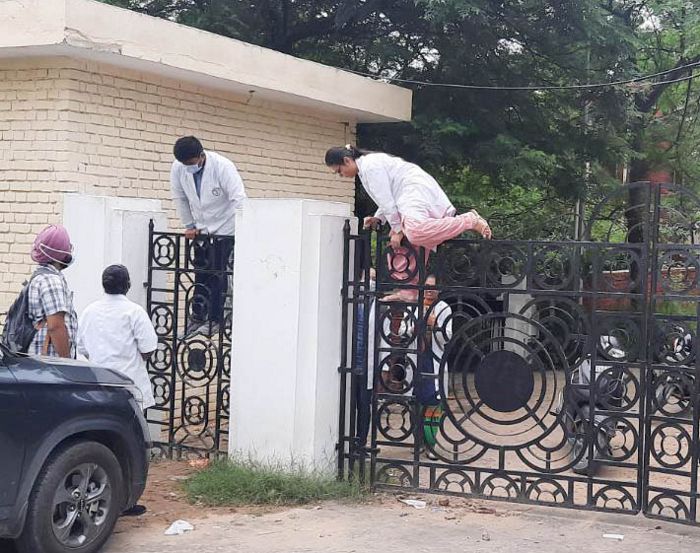 The Class IV employees of Government Medical College and Rajindra Hospital closed the main gates of the facility this morning to protest non-payment of salaries.

The protesters also staged a sit-in outside the main gate for hours.

The protesters alleged that they had not received salaries for the last three months.

The protesting regular employees got a shot in the arm when contractual employees also participated in their protest.

The protesters raised slogans against the college authorities and the Punjab Government for failing to provide salaries in time.

“It is difficult to run our households without salaries. The authorities have turned insensitive to our plight,” said one of the protesters.

Swaran Singh Banga, president, Joint Action Committee, said that regular employees had not received salaries for months which had compelled them to stage a protest.

“If the authorities fail to release salaries at the earliest, we will intensify our stir,” said Banga.

Due to the protest, many professors could not enter the college and had to return home. The students and other staff were seen scaling up gates to enter or exit the college.

Later in the afternoon, the protesters announced to block the state highway in front of the GMC. However, Dr Rajan Singla, director principal, Government Medical College, reached the protesting site and announced that the employees would get salaries in a day or two.