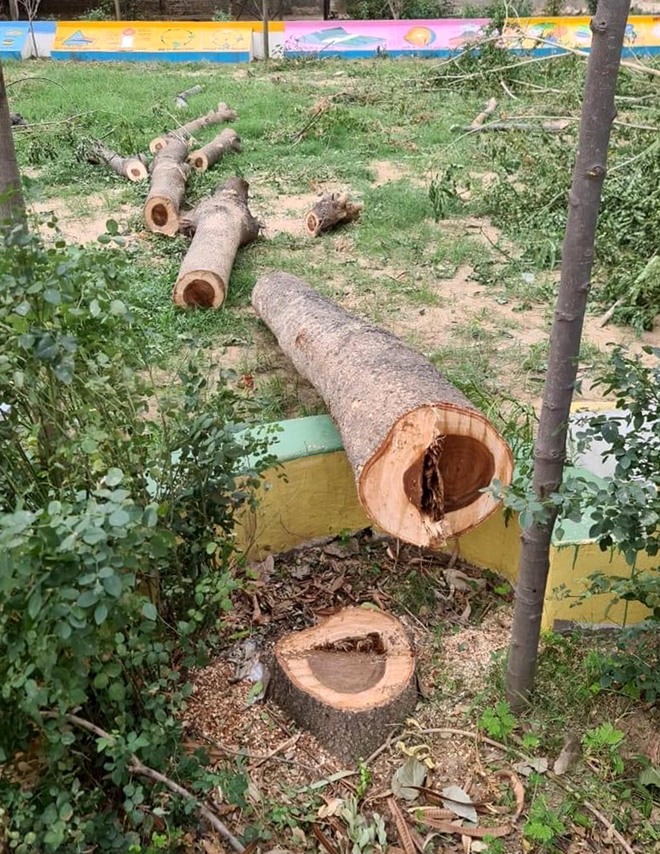 The trees which were cut at a school in Patiala. Tribune photo

Government Senior Secondary School at Todarpur village in the district has come under fire for felling over 20 trees on the school premises without approval from the Forest Department.

Senior advocate and activist HC Arora has filed a complaint to the Chief Secretary, Principal Chief Conservator of Forests, and Secretary, School Education, seeking strict action against the school principal.

“All trees were fully grown. No permission was taken either from the Forest Department, higher authorities of the Education Department or the gram panchayat,” Arora said.

Dharminder Kaur, Principal, said, “Some trees had fallen on our school buildings during the storm over the last few weeks. Besides, some of the trees were a threat to children because they could fall on classrooms.”

She said the decision to cut trees was taken after passing of a resolution by the school management committee. When asked about the permission from the Forest Department, she said, “The trees were inside the school boundary. Moreover, they were planted by us. Therefore, there was no such need.”

Arora said school staff, including the principal, had approached him and promised that they would plant more trees at the school.