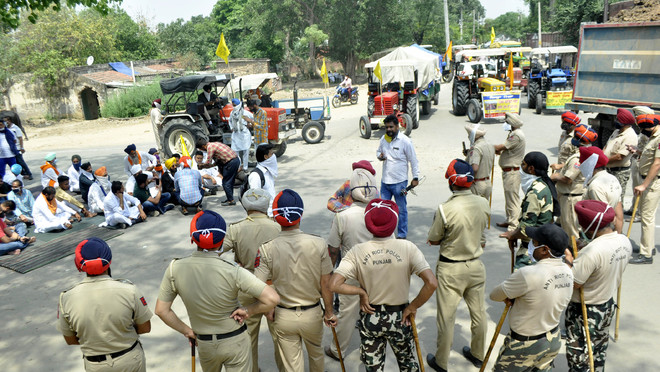 Farmers during a tractor march in Patiala. Rajesh Sachar

The protest held by farmers associated with the Road Kisan Sangharsh Committee against the state government over the acquisition of their land on low compensation paralysed the traffic movement in the city on Friday.

Farmers, who have been protesting at the YPS chowk for over a month, held a tractor rally in the city and took to streets of Patiala with their tractors to gherao Chief Minister Captain Amarinder Singh’s residence. The protesters also broke barricades set up by the police at the YPS chowk and held a sit-in outside the Police Post Officer Colony. However, the police managed to stop the march. At least four police personnel were injured in the incident.

The traffic throughout the city, including colonies adjoining the CM residence, was hampered. Residents had to go around in circles to reach their destination. The Fountain Chowk at the heart of the city was also blocked in the afternoon.

Meeting with committee on may 4

We are in talks with the protesters and they have decided to clear the blockades. A meeting between the protesters and a committee constituted by the CM Office for land acquisition will be held on May 4. —Saurav Jindal, Deputy superintendent of police

Harmanpreet Singh, a farmer, said the state government did not listen to their demands. “They were aware of the protest and are themselves responsible for the melee. We will keep the city shut till our demands are met,” he said.

Bharat Bhumi Sangharsh Committee president Ramesh Dalal, who came to the city in support of the farmers, said, “Farmers of Haryana, Rajasthan and Delhi were united for the cause. The governments are trying to pay us peanuts for our land, which will not be accepted.”

The police said ASI Bhola Singh, SI Randhir Singh, ASI Jasveer Singh and Gurmeet Kaur suffered injuries during the protest. They said a complaint had been forwarded and facts were being ascertained before filing of an FIR.

DSP Saurav Jindal in the evening said, “We are in talks with the protesters and they have decided to clear the blockades. A meeting between the protesters and a committee constituted by the CM Office for land acquisition will be held on May 4.” 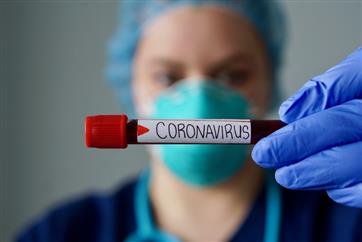