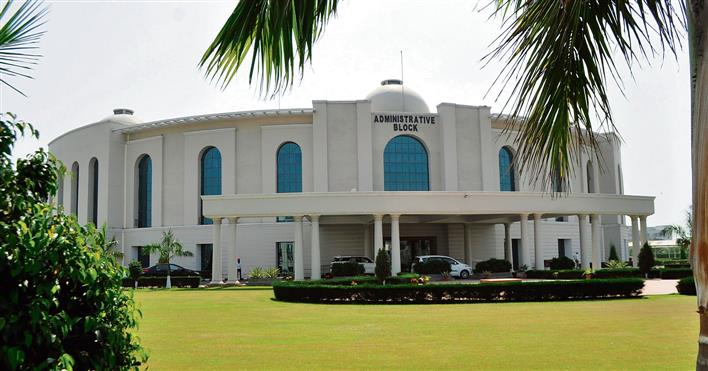 Rajiv Gandhi National University of Law (RGNUL) will now discuss the matter of fee waiver for its BA LLB (honours) students at a meeting of the finance committee.

In a clarification issued today the university said it would make all efforts to accommodate and resolve fee related issues and not debar students from appearing in exams. This is a day after students moved High Court for the second time over matter related to fee.

The matter related to submission of fee and demand for its waiver on grounds of economic losses during the pandemic caught the limelight after students decided to go to court for the second time.

This was after university directed students to deposit their dues in time.

The university administration, however, in response to a question said they would accommodate all demands of fee waiver on individual grounds. But, students went to court claiming that the university had attempted to take an arbitrary decision while directing them to deposit all pending amount despite a case relating to the matter, filed last year, was subjudice.

The university today clarified that it would make all efforts to accommodate and resolve fee related issues. Students would not be debarred from taking examination and payment of dues in instalments was also open, the university added.

The matter of depositing fee would be taken up at the finance committee meeting to be held on June 15, the university said.

“The university proposes to sympathetically deal with applications of those students, who have requested special waiver on account of Covid linked eventualities in their families, subject to the recommendation of a specially constituted committee and approval from the competent authority,” the university added.