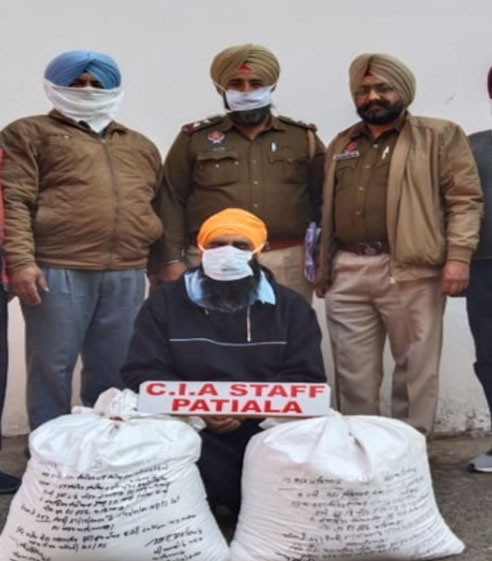 The police arrested one person and recovered 40 kg of poppy husk from him here today.

The police arrested one person and recovered 40 kg of poppy husk from him here today. Patiala SSP Vikramjeet Duggal said they had received a tip-off that two persons were selling poppy husk and used a car to ferry the contraband.

They police raided the residences of the two suspects and arrested one of them. They also recovered 40 Kg of poppy husk, said the SSP.

The suspect has been identified as Dharminder Singh of Thakargarh village in Patiala. His accomplice, Jaswinder Singh, is at large.

The SSP said: “The suspects bought poppy husk at Rs 3,500 per kg and sold to their clients for Rs 4,000 per kg. The suspect was produced before the court that sent him to police remand.”

A case has been registered under sections 15-29/61/85 of the NDPS Act against both accused.