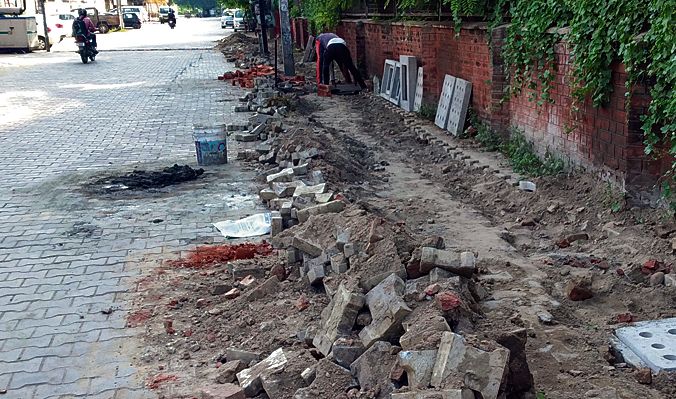 The Patiala Municipal Corporation will now install plastic pipes for discharge of sewage through uneven sewer lines in the city. The body has decided to cover the drains.

The MC will install the pipes for 30-km sewerage stretch in the city for Rs3.50 crore. Having assigned the work for the same, the MC expects to complete the task by March 2021.

However, dairy farmers in the city have not been shifted to the new site in Ablowal village. The MC has repeatedly termed the dairy farmers as one of the reasons for accumulation of water in the drains. The MC had identified over 200 dairy farmers and decided to shift 120 of those in the first phase that was to be completed by June 30.

Municipal Engineer Sham Lal Gupta said for the time being, the work for installing the new pipes would not be carried out in the areas where dairy farmers were functioning. “The dairy farmers may jeopardise the whole project. Therefore, the work in such areas will be started later.”

“The MC will close all drains in the walled city area where the discharge from kitchens and bathrooms will be connected to the drainage pipe system,” he said. An official said the MC was also facing issues with the implementation of the work due to Covid-19 as some workers has been affected by the virus.