Patients even told to buy syringes from outside 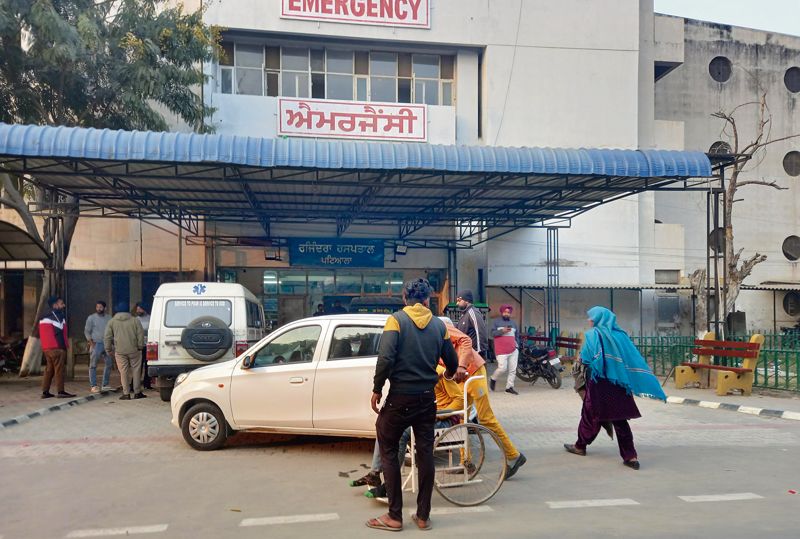 Amid the government’s talks about setting up Mohalla clinics in the coming months, Government Rajindra Hospital, a tertiary health care institute, is running short of medicines.

The patients in Emergency, OPD and IPD are continuously being compelled to buy medicines from outside. In some cases, doctors direct the patients even to bring syringes.

Had high Hopes from govt: Doctor

It is very rare to see a continuous supply of medicines in the Emergency. We had high hopes from the government that promised to improve the health system. Resident doctor, Emergency wing, Govt Rajindra Hospital

A senior doctor in the paediatrics department said, “Even IV fluids are not available in the hospital. The situation has not improved at all.”

A resident doctor in the Emergency wing said, “It is very rare to see a continuous supply of medicines in the Emergency. We had high hopes from the government that promised to improve the health system.”

The health minister could not be contacted despite repeated attempts.

Dr Harjinder Singh, Director-Principal, Government Medical College and Rajindra Hospital, admitted that the hospital on Friday received some medicines from the warehouse in Kharar. “We will get the medicines as soon as the issue of fixing the contract of the rates of the medicines is resolved,” he said.

To ensure the availability of doctors in the Emergency, the Director-Principal of the hospital has asked senior clinical doctors to make rounds in the morning and evening. They have also been asked to conduct surprise checks.