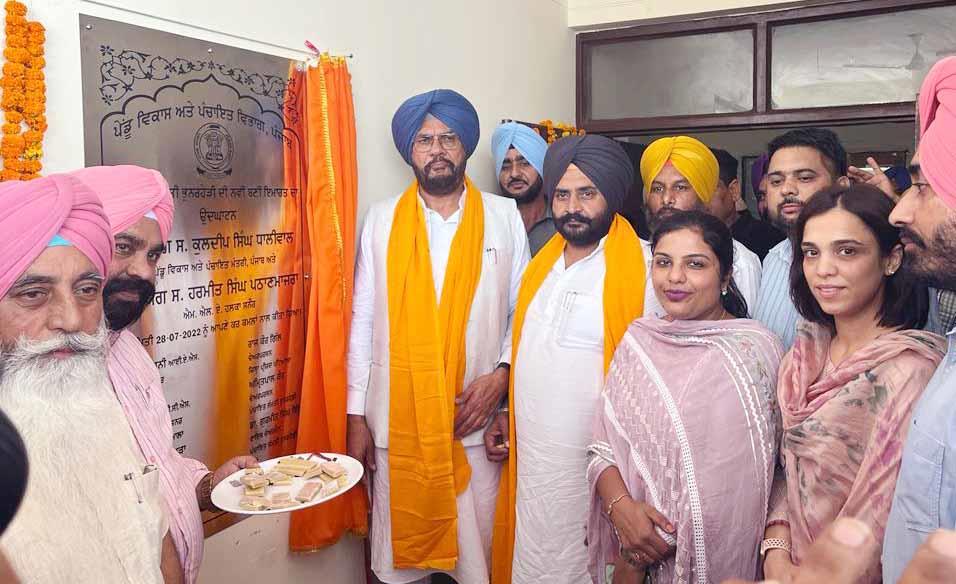 Rural Development and Panchayat Minister Kuldeep Singh Dhaliwal today inaugurated a building of the Panchayat Samiti at Bhunerheri village in the Sanour constituency.

Addressing the gathering, he slammed the Congress and the Shiromani Akali Dal for allegedly looting the state while being in power. He said Parkash Singh Badal and Capt Amarinder Singh had ruled the state for a long time but the villages in their districts were still backward. He added that Capt’s wife Preneet Kaur was MP from Patiala and had been union minister too. Sanour constituency was a classic example of this, said the minister.