Recoveries made from barracks where terror accused were lodged 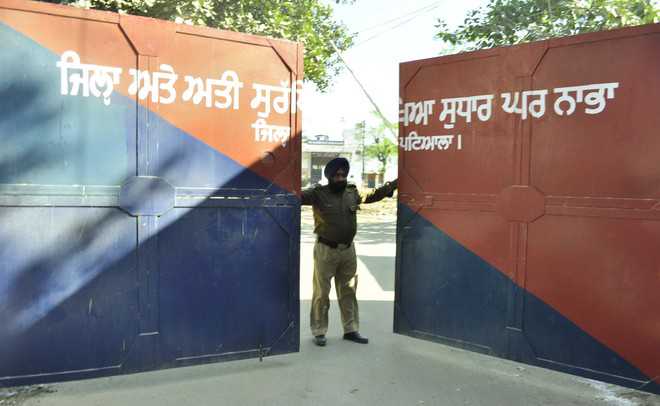 The banned items were found from two barracks where inmates in terror-related cases were lodged. File photo

Security agencies, including the intelligence wing and police, are on high alert following the recovery of mobile phones, internet dongles, chargers and wires from the Nabha jail. The recoveries are significant because the banned items were found from two barracks where inmates in terror-related cases were lodged.

A case was registered against 21 jail inmates, a majority of them facing charges under the Unlawful Activities and Explosives Act. The police are investigating how the alleged terrorists got access to the internet and mobiles, that too, smartphones.

A joint search operation by the police and jail officials on July 9 led to the recovery of eight smartphones, four keypad phones, three internet dongles, two mobile batteries, seven earphones and 14 mobile chargers, which were hidden at various places inside and near the barracks by digging the floor or making gaps inside walls.

Many of the inmates from whose barracks the mobiles were recovered were already on a fast demanding that the fellow inmates, who were transferred from the jail following intelligence inputs last month, be shifted back. “The inmates were shifted following specific inputs about their indulgence in unlawful activities from the prison. When they were shifted, their fellow mates resorted to a hunger strike,” said Jail Superintendent Ramandeep Bhangoo.

Sources said many of these inmates were already in touch with their handlers. “Now, the question is to find out how such terrorists managed to smuggle, hide and use these phones from the high-security prison,” said a top official.