Terms situation ‘under control’, but could turn serious sans precautions 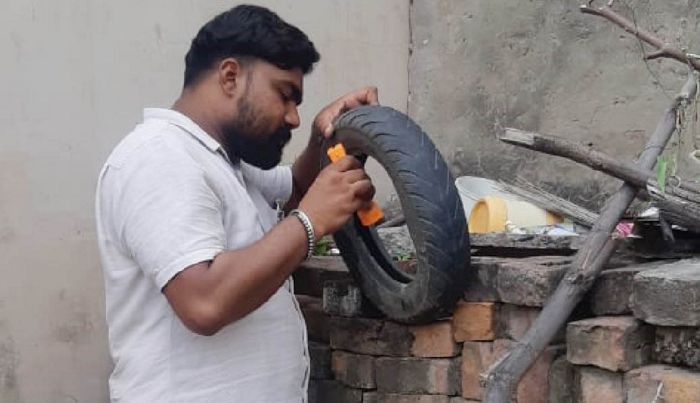 A health worker checks for dengue larvae at a house in Patiala on Friday. Photo: Rajesh Sachar

Amid rising dengue cases, the Health department on Friday said urban areas of the district were more affected with the deadly mosquito-borne disease as compared to the rural belt. The Health Department disclosed that of the total 87 positive cases reported so far, 63 were from the urban areas while 24 were from villages.

The Health Department once again termed the situation as ‘under control’ in the district. It, however, could anytime turn serious if necessary precautions were not taken by residents, the department added.

Dr Sumeet Singh, district epidemiologist, said rains at regular intervals had increased the threat of spreading dengue. He called upon residents to drain water from desert coolers that were not being used owing to drop in the temperature.

“Dengue larvae breed in stagnant clean water. Therefore, residents should drain out water from discarded items in their households to stop breeding of dengue larvae,” he added.

Around 25,636 households were checked on Friday during the Dry day Friday campaign, he said. Dengue larvae were detected at 498 places during the drive, he added.

Dr Sumeet further said larvae were destroyed immediately. Until now, dengue larvae had been destroyed at 6,000 places, he informed.