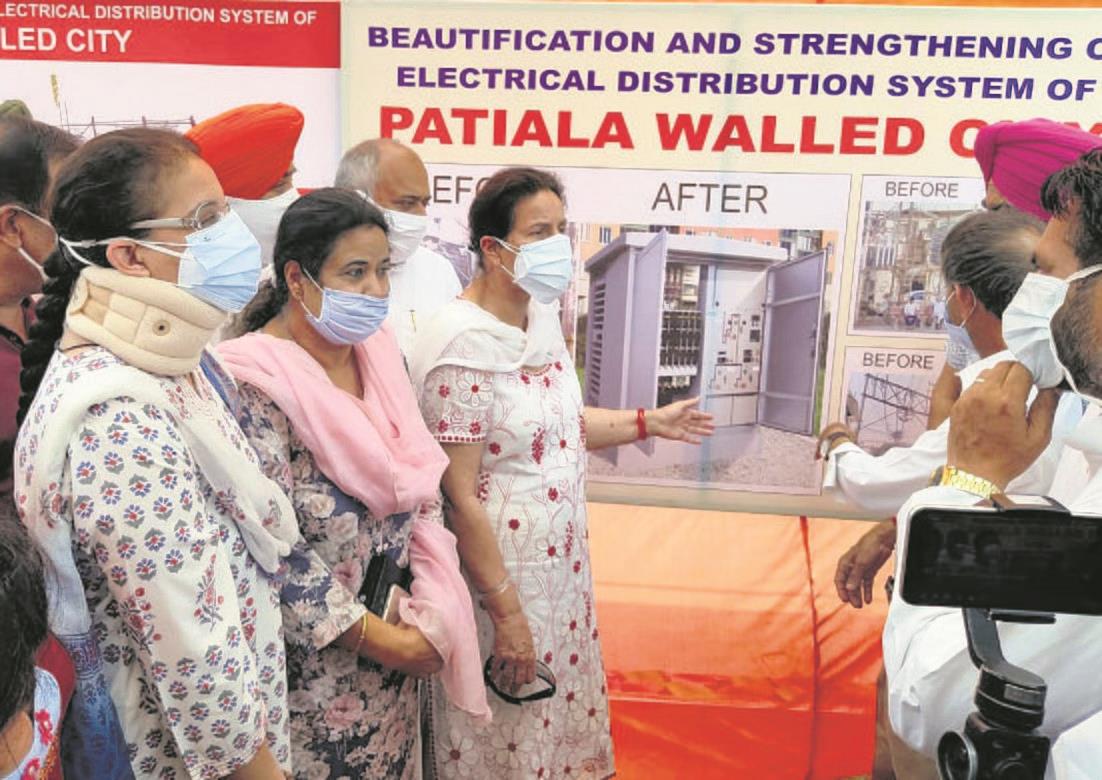 Patiala MP Preneet Kaur at the launch of the “single wire” project in Patiala on Monday. Tribune photo: Rajesh Sachar

Expressing gratitude to the Chief Minister, Capt Amarinder Singh, for sanctioning a special grant of Rs40 crore for the beautification and strengthening of the power distribution system in the inner part (walled city) of the heritage city, she said the project would give the walled city a clean and beautiful look, which would attract tourists.

“This will boost tourism and local business. The installation of high-capacity compact sub-stations will result in the shifting/removal of old transformers and poles from many places. It will increase the width of many roads and also help improve the traffic system of the city,” said Preneet.

“Every major road in the inner part of Patiala city and every street has been made a part of this project. Work to be carried out for the beautification and strengthening of the power distribution system has been planned,” she said.

Work with an estimated cost of Rs50 lakh (part of the 40-crore project) was started at Anardana Chowk under which large poles at the chowk and all bridges, along with spare wires, will be removed.