Says 93 per cent of Covid infections caused by Delta variant; Civil Surgeons told to be vigilant 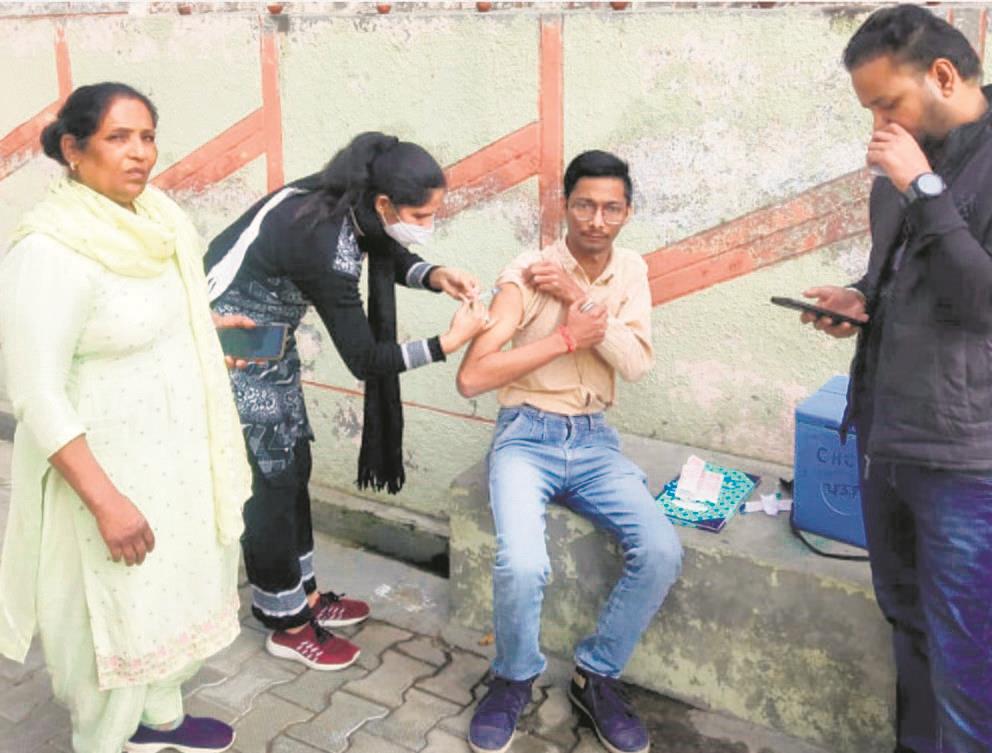 A health worker administers the Covid vaccine to a man during a door-to-door immunisation campaign in Patiala on Tuesday. Rajesh Sachar

Allaying the fear of prevalence of the new Covid variant – Omicron, Punjab’s lone genome sequencing lab at Government Medical College here informed that only the Delta variant had been the cause of infection in the state.

Currently, there is no suspected case for the new variant. No one from high risk countries, including South Africa, have tested positive so far in the state. All the protocols issued by the Central Government are being followed by the Punjab Health Department. — Rajesh Bhasker, Nodal Officer

The lab said they didn’t find any fresh mutations among the positive cases.

We have been randomly picking positive samples for genome sequencing across the state and so far, there is no cause of concern for Omicron, stated the lab.

Lab in-charge Dr Rupinder Bakshi said, “So far, only Delta variant has been detected among the positive cases. However, a fresh batch of Covid samples has been picked for genome sequencing and we are waiting for the results…results will be declared in a day or two.”

Genome sequencing of corona positive samples is done to figure out the new mutations.

It has been learned that around 93 per cent of the samples that underwent genome sequencing tested positive for Delta variant while rest of the samples contained the Alpha variant.

The Health Department is said to have already issued directions to the Civil Surgeons across the state to be vigilant about Omicron.

Bhasker informed that they would send samples to National Institute of Virology in Pune only if the state genome sequencing lab finds any mutation other than the delta strain.

“Currently, there is no suspected case for the new variant. No one from high risk countries, including South Africa, have tested positive so far in the state. All the protocols issued by the Central Government are being followed by the Punjab Health Department,” he said.

Health officials informed that a 64-year-old from Nabha died of Covid at the PGI, Chandigarh. It has been learned that the patient was suffering from other ailments as well.