No political events at Jor Mela : The Tribune India 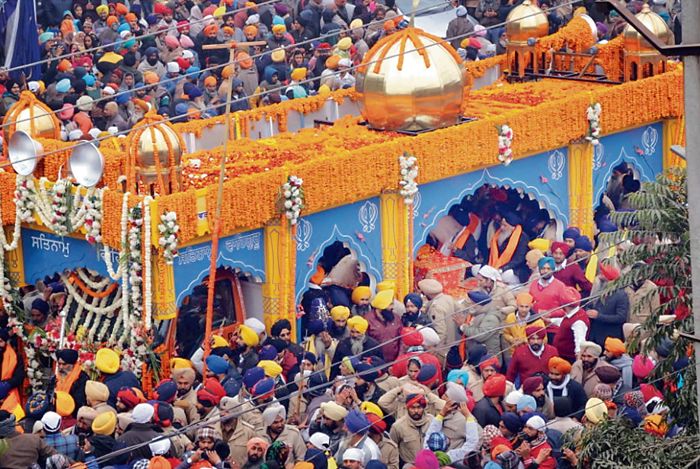 The three-day annual Shaheedi Jor Mela, to be commemorated from December 26 to 28 in the memory of younger Sahibzadas of Guru Gobind Singh, would be a religious affair with the district authorities banning political conferences at the event.

Further, wine shops will remain shut and sources of entertainment such as gambling stalls, dance pandals, circuses, swings, etc. have been banned.

Twenty free parking lots have been set up and a large number of police personnel and officials would be deputed for a smooth conduct of the mela, said Deputy Commissioner Parneet Shergill and SSP Ravjot Grewal here today.

The DC said carrying of firearms, sharp weapons and playing of loudspeakers would be barred during the period. Wine shops and taverns would remain shut within the 3 km radius of gurdwara during the mela.

Medical facilities, 24-hour power supply, clean drinking water and temporary shelter facilities would be provided. The DC said senior citizens will be taken to the gurdwara on e-rickshaws.

Officers and employees have been ordered not to take leave during December. If one has to leave the office due to an emergency, a prior approval from the DC is required.

The SSP said proper security arrangements would be put in place. She said the venue would be divided into sectors and each sector would be headed by an SP rank officer.

CCTV cameras will be installed to keep a close watch on anti-social elements. A total of 54 nakas, 13 observation posts and seven police help centres would be set up. To allow smooth flow of traffic, nine diversions and alternative routes have been identified and a traffic plan has been released. About 20 free parking lots and three temporary bus stands would be set up around the venue.