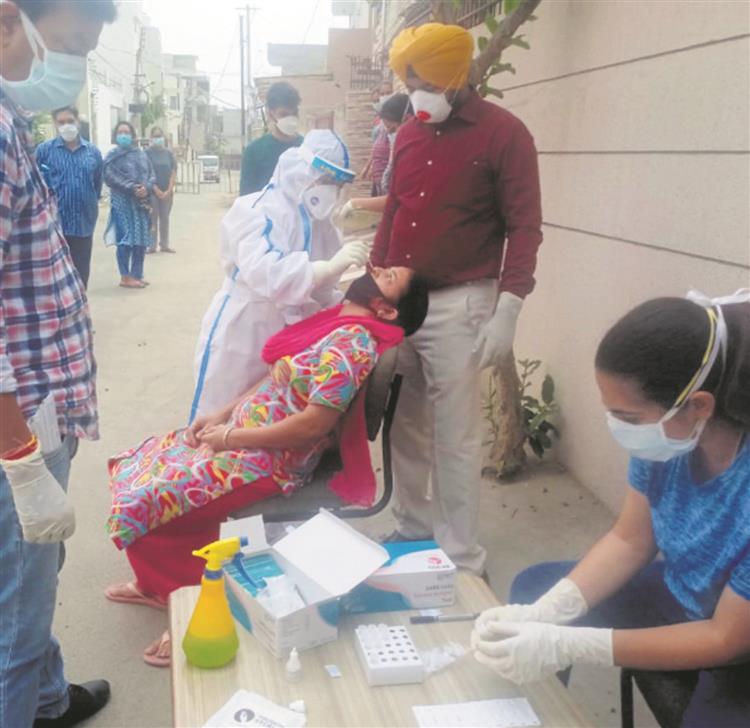 A health worker collects swab sample from a woman for the Covid-19 test at a micro-containment zone in Patiala on Thursday. Tribune photo: Rajesh Sachar

Even as 2,063 people, including 105 construction workers, were vaccinated today, the district health department said people aged above 45 years would not be inoculated on May 14 due to shortage of vaccines.

The office of Civil Surgeon said: “Vaccination of people aged above 45 will not be carried out on May 14 as the department is facing a shortage of the vaccine.”

“However, the second dose will be administered to those who have been vaccinated earlier. The vaccination will be carried out at the community health centre, Model Town,” said the office.

Vaccination of construction workers aged between 18 and 44 years will also be carried out at Bhanra and Tepla villages in Rajpura.

The officials informed that the admission count at the hospital had remained constant at around 70, with a few patients from outside the state.

Among the fatalities, 13 were from Patiala and 22 from other districts, said the officials. 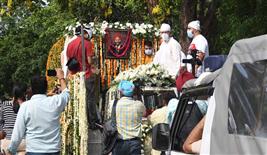