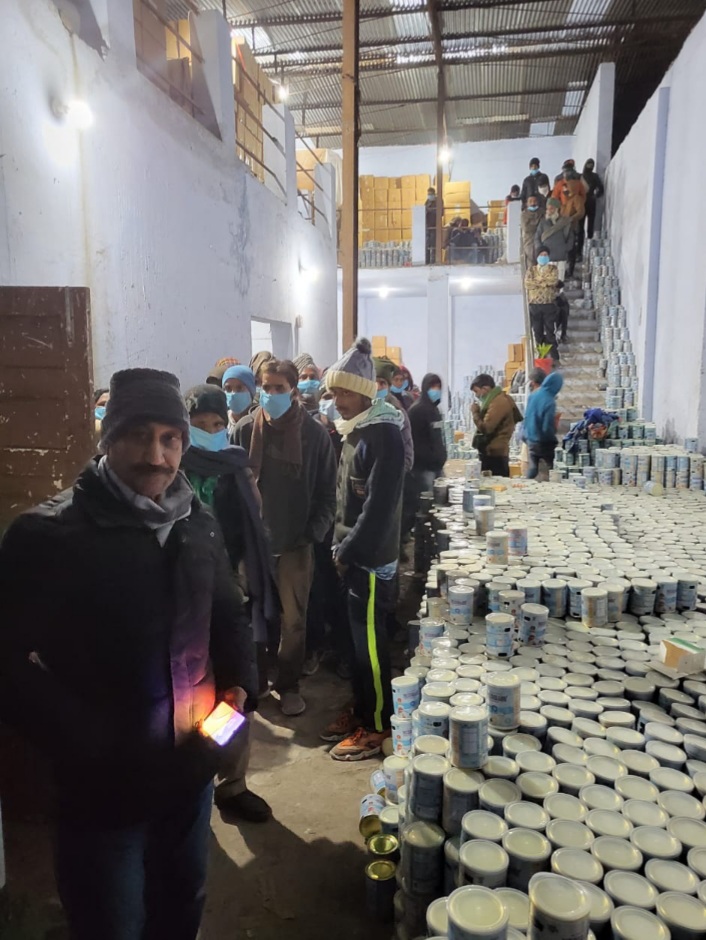 A health team with the boxes seized from a godown in Patiala on Monday. Tribune photo: Rajesh Sachar

The Health Department seized over one lakh boxes of expired milk powder during a raid conducted late this night. The tin boxes, that had milk powder, meant for infants, were caught from a godown of Medicinea Healthcare Private Limited in the Factory area of the city.

A team of food safety officers will collect samples and send these to a lab for testing. Prime facie, it appears the expired products were brought to the godown to repackage these with a new expiry date. — Dr Shelly Jately, District Health Officer

Besides, the Health Department also found expired medicines and surgical equipment in a large quantity. Health officials said that expired milk powder and other items were being repackaged with altering the expiry date of the items.

Confirming the development, Dr Shelly Jately, District Health Officer(DHO), said that a team of Food Safety Officers would collect samples and sent them to the lab for testing. The DHO said prime facie it looked that expired products had been brought at the godown to repackage them with new expiry date.

It has been learnt that the godown was recently taken on a rent and seemingly had to be used to repackage expired items. The labourers at the godown said they were working on daily wage after putting the shutter down.

Officials of the Health Department said that a case would be registered with the police only after the raid was completed. The raid was going on till the filing of the report.