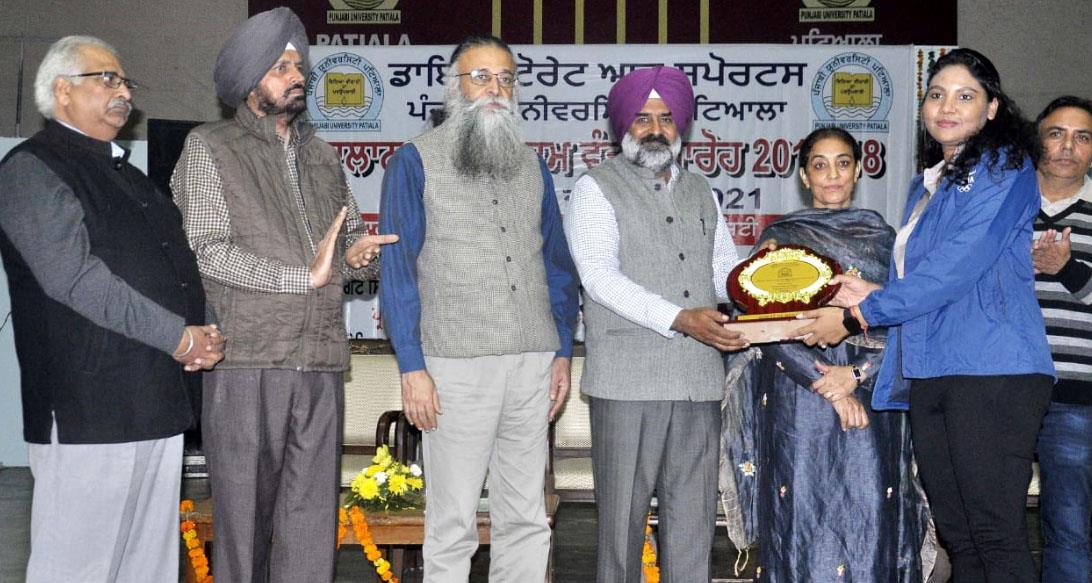 Higher Education Minister Pargat Singh gives away a prize to a player during a function at Punjabi University in Patiala on Wednesday. Tribune photo: Rajesh Sachar

Higher Education minister Pargat Singh today announced hockey Astroturf for Punjabi University. He was at the university to give away cash prizes to winners of various sports events held in 2017-18. He assured that the state government would consider releasing funds to give away the cash prizes that were still pending.

The minister said there was a need to work toward betterment of the school and education system for better results in sports. He also assured the students that the government would work to solve problems.

He met representatives of Punjabi University Teachers’ Association (PUTA) who have been protesting, demanding implementation of UGC pay scales and withdrawal of delinking of UGC pay scales of newly-recruited assistant professors.

Prof Bhupinder Singh Virk, president, PUTA, said the minister gave a positive response and assured that he would take up the matter with the finance minister and officials concerned.