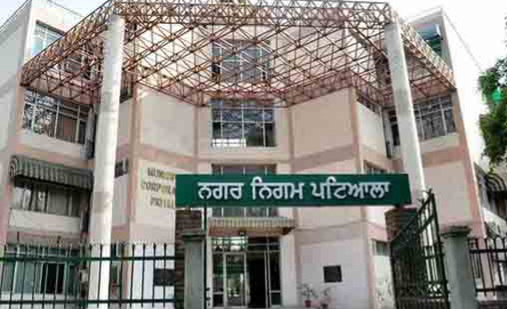 Functioning sans fire safety measures for years, the Patiala Municipal Corporation’s (MC) project for installation of a fire-fighting system at its main office building hangs mid-air for increment in scope of work. The project worth Rs 45 lakh was allotted over six months ago for completion within three months, but remains incomplete since.

The MC is mandated with ensuring adherence to proper building construction norms during construction of all institutional, commercial and other buildings across the city. The MC’s fire wing issues sanctions for construction of buildings in the city in accordance with the fire safety features and is also capable of issuing notices to defaulters, but its own main office building lacks a fire-fighting system despite allocation of a tender for the same this year.

Residents, who visit the MC office for works, said, “How can the MC issue notices to owners of commercial and other buildings for lapses in new constructions when its own office lacks proper fire-safety measures?” Officials said the Finance and Contract Committee (F and CC) of the MC had passed a resolution to carry out the installations nearly a year ago in October 2021. Later, a tender worth Rs 45.19 lakh was allocated to a Patiala-based company Electronica in March this year.

The work was to be completed in three months. When contacted, Sukhmeet Ahuja representing the company said the work of the project was going on. “The scope of work and expenditure on the project has been sent for revision. The MC sent a proposal for increment of civil work to the Local Government Department. The permission is awaited”, he said.

A fire official at the MC office said the proposal for increment in scope of work and its expenditure had been sent to the Local Government Department for approval.