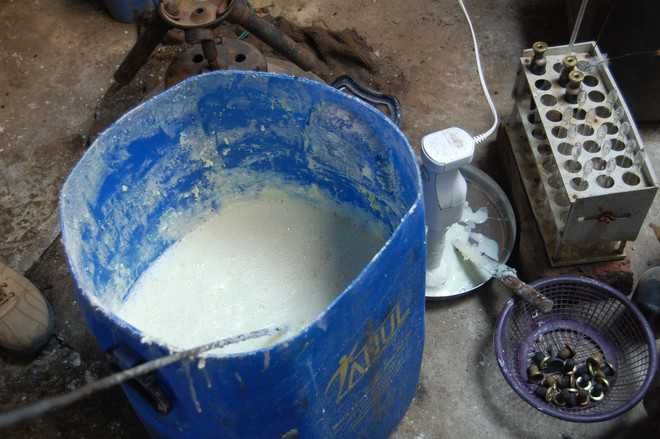 The district health authorities today issued a notice to the owner of a dairy at Jhill village for making cheese in ‘unhygienic condition’ and without a licence.

A health official said, “The dairy premises were filthy, and cheese was being prepared in unhygienic conditions.”

It has been learnt that the food wing of the Health Department had got a complaint from the police that a dairy was being run from a residential area. Acting on the complaint, health officials raided the shop and collected three samples, including two of cheese. The samples have been sent to a Kharar laboratory for testing. The reports will be issued in about three weeks.

Dr Shelly Jaitley, District Health Officer, said, “We got intimation from the police about the said dairy. We conducted a raid and collected samples. Our food safety officer has already issued a notice to the owner of the dairy.”