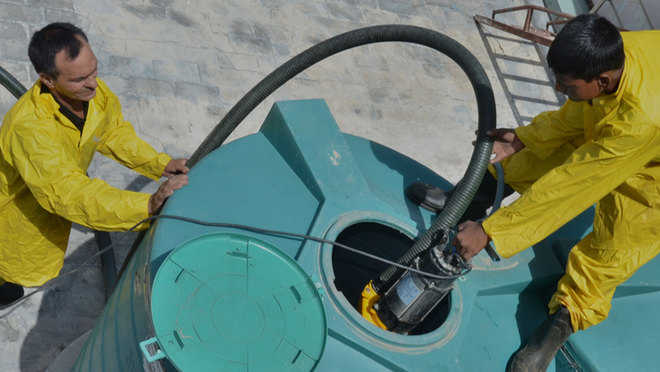 In a letter to the universities, colleges and the schools, the Health Department said there was a real fear of an outbreak of water-borne disease given the monsoon season. Therefore, the sources of the drinking water— overhead water tanks and RO water system— should immediately be checked and cleaned.

“Since educational institutions are reopening after a break, therefore, there is fear of outbreak, if the drinking water is not checked properly,” reads the advisory to the institutions.

The district has experienced severe diarrhoea outbreak at Jhill village on the Patiala- Sirhind road and Shamdo camp in Rajpura town of the district. Over 500 people had fallen sick and several deaths were reported owing to both the outbreaks.

Dr Divjot Singh, District Epidemiologist, said as schools, colleges and universities were being opened after a long gap, therefore, they had asked to clean overhead water tanks and RO water systems before using them. He said, “A minor negligence can lead to a major diarrhoea outbreak. Considering the monsoon season, chances of diarrhoea outbreak has increased.”