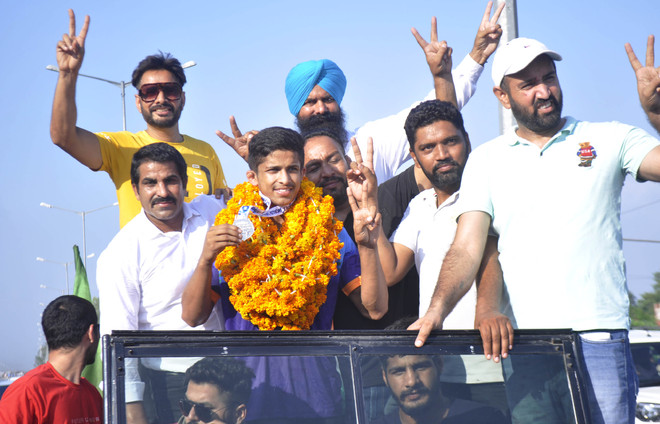 Wrestler Jaskaran Singh's performance at the ongoing Cadet World Wrestling Championship has finally ended Punjab’s three-decade wait for a medal. The 16-year-old wrestler from Mandaur village in Patiala has won a silver medal in the 60-kg weight category at the championship being held in Budapest.

Randhir Singh was the last wrestler from Punjab to have won a medal at the championship in 1987. Jaskaran, who has been trained by Saraj Singh and Gurmel Singh at Rustum-e-Hind Pehalwan Kesar Singh Akhada in Patiala, on his road to the final bout, defeated four wrestlers. In the final, Jaskaran lost to Kamronbek Kadamov of Uzbekistan.

He has already won several medals at national-level championships. “It was Jaskaran’s first international tournament and he won a medal. He is a talented young wrestler and will go a long way,” said Saraj Singh, his coach. Jaskaran’s family moved to Patiala from their village a few years ago just to support him.

Arjuna awardee Palwinder Singh Cheema, in charge of Rustum-e-Hind Pehalwan Kesar Singh Akhada, said, “Jaskaran has made everyone proud. This performance will inspire other wrestlers.”

Cheema is currently posted as Superintendent of Police in Patiala.

Mohinder Singh, general secretary of the Patiala Wrestling Association, said, “His victory will give a big boost to the wrestling sport in the state.”