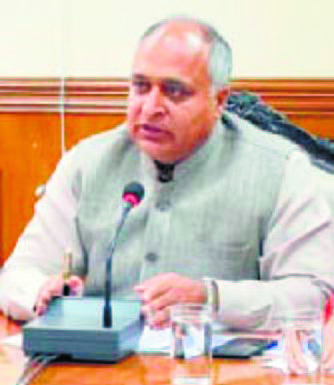 The development came three days after ‘rebellious’ councillors of over 40 wards submitted a no-confidence motion against Mayor Sanjeev Sharma (Bittu) and demanded that a meeting of the general house be called.

Importantly, allegations have poured out from both sides. Counsellors sidelining with the Mayor said they had been holding meetings inside the new Moti Bagh Palace. Rejecting allegations of being holed up, Vijay Kumar Kuka, one of the counsellors with the Mayor said the police were sent to the houses of various councillors to pressurise them to change sides. “None of us has been hold-up by anyone. In fact, we have been holding meetings with the Member Parliament and the Mayor. A lunch was organised at her residence today. It is them who sent police personnel to pressurise our counsellors into shifting sides”, he said.

Apart from 60 councillors of the corporation, the MLAs of three Assembly constituencies— Patiala (urban) Capt Amarinder Singh, Patiala (rural) Local Government Minister Brahm Mohindra and Sanaur Harinderpal Singh Chandumajra, are the ex-officio members who are expected to attend the meeting.

Corporation Commissioner Vineet Kumar will also be present in the meeting along with Secretary Sunil Mehta.