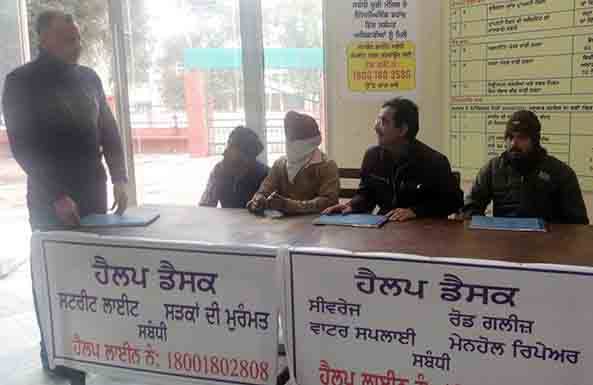 The help desk is aimed at resolving the issues of residents within 24 hours of receipt of complaints.

The Municipal Corporation has established a help desk to resolve people’s problems regarding civic issues such as sewerage system, roads, water and others in the city.

MC officials said with the establishment of the help desk, they were aiming to resolve the issues within 24 hours of receipt of complaints.

“People will not have to go to respective branches of the corporation for problems related to sewage water, road work and other issues. They will rather be able to register complaints at the help desk for speedy resolution. Corporation Superintending Engineer (SE) GS Walia has been directed to ensure that all problems are resolved within 24 hours,” an MC official said.

The official said, “All issues of city residents pertaining to sewerage system and other issues will be resolved at the help desk itself.