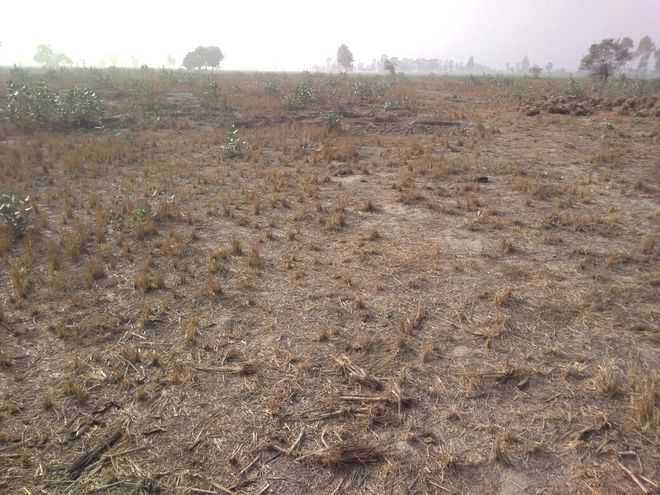 Photo for representational purpose only. - File

Days after the receipt of a complaint, the Municipal Corporation, Patiala, has formed a committee and sought a status report in the alleged encroachment of government land at Kolan Wala Toba at Vikas Colony in the city. Municipal Commissioner Aaditya Uppal said a committee comprising town planner and three other officials had been formed which would submit its report by Friday after which action would be initiated as deemed fit. “Till then, the land will remain in the same position”, he added.

This is after Punjab Lok Congress district Patiala urban president KK Malhotra in a complaint to the Chief Minister alleged that illegal installation of sewer and water pipes was being carried out by land mafia on the government land and sought the state government’s intervention. He claimed of the 43 bigha land, over 21 bigha and 13 biswa, belonged to the corporation and was being encroached upon.

Former Mayor Amarinder Singh Bazaz said the pond land was a disputed government land. “Leaders during the previous governments also tried to encroach upon it but we raised a protest and prevented it from being misused. Now it is the Aam Aadmi Party government. It should take action,” he said.

Kundan Gogia, a local leader of the Aam Aadmi Party (AAP) said, “The MC should prevent the government land from being encroached upon and take action against those involved.”

Commissioner Aaditya Uppal today said he had formed a committee to submit a status report on the matter. “We had earlier held a meeting on it. Now a report has been sought from concerned town planners and other officials. We will initiate action after receipt of the report as per requirement,” he said.