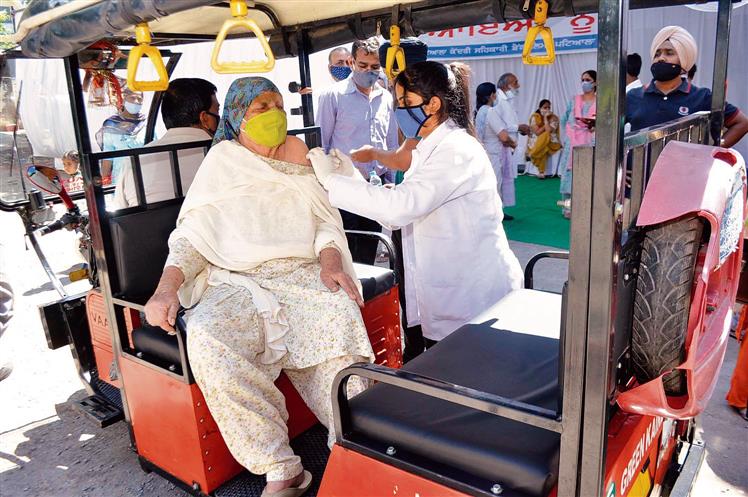 A health worker gives a vaccine jab to an elderly woman in Patiala. Rajesh Sachar

Amid the government’s push for vaccination, the stock of Covaxin is running dry while that of Covishield is very limited.

It was learnt that many health centres today had a depleted vaccine pool. The Civil Surgeon, Dr Satinder Singh, said they had around 4,500 doses of the Covishield vaccine today and left with not a single dose of Covaxin. He said: “We got 4,000 doses of Covishield on Wednesday. However, we didn’t get any fresh supply of Covaxin.”

The district had an average daily consumption of around 5,000 vaccines. However, last week, it was the vaccination of around 7,000 beneficiaries per day.

Owing to the shortage, some centres were left with only 10-15 shots. When asked about the vaccine shortage at health centres situated in remote areas, Civil Surgeon replied: “Some centres have very less consumption, especially in rural areas where vaccine hesitancy still persists.”