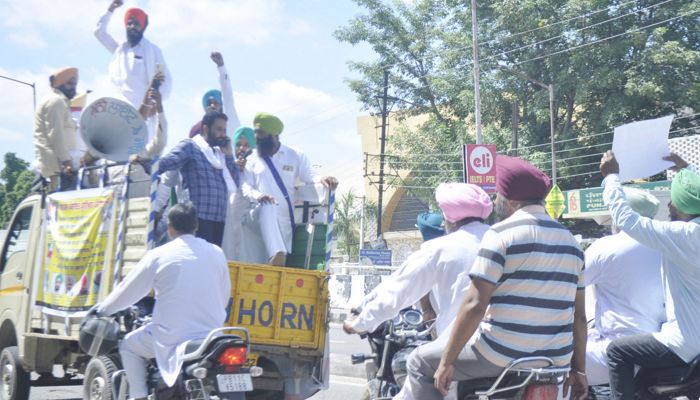 Members of the Sarpanch Panchayat Union, Punjab, hold a protest in support of their demands in Patiala on Wednesday. Tribune photo: Rajesh Sachar

The Sarpanch Panchayat Union, Punjab, today held a protest at YPS Chowk here over their concern of being ‘neglected’ by the state government in taking decisions regarding development works in villages.

Leaders of the union demanded that the state government should clear their pending payments. While talking to the media they said, “The government has failed to provide us any facilities. Also, during the Covid-19 pandemic, many sarpanches died after contracting the disease, but the state government did not compensate their families.”

“We will inform people in villages that the state government did not provide any facilities,” said union leaders.