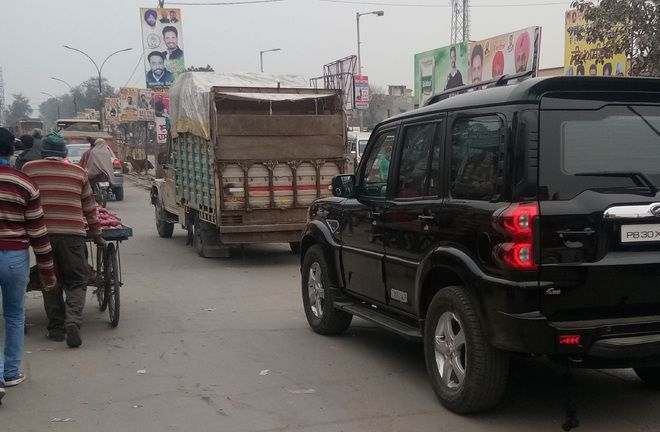 Despite many recent crimes involving vehicles with black film on windowpanes, the district administration is yet to act against 'VIP' violators.

In recent orders, the Additional District Magistrate imposed a ban on the use of black film as well as on the unauthorised use of a light atop vehicle, under Section 144 of the CrPC.

Almost 10 years after the Supreme Court banned the use of black film on window glasses of vehicles, self-styled VIPs continue to flout the norms. The ban is flouted by the owners of cars parked on the premises of the Civil Secretariat and court complexes.

The SC, in an order dated April 27, 2012, had banned the usage of black film. Only tinted glasses fitted by vehicle manufacturers were permitted. Following the order, the police started challaning and removing black films from vehicles.

However, officials in Patiala continue to use black films and curtains on their vehicles, and are seen passing through nakas.

Additional District Magistrate Gurpreet Singh Thind recently passed orders against such misuse of black film and fixing of lights atop vehicles “without permission from the Additional DGP (Traffic)”.

“Further, the orders prohibited shopkeepers from selling or fixing the same on any vehicle,” read the orders.

A few vehicles with black film or curtains, owned by cops and bureaucrats, ply on city roads sans any check.

Though the traffic police claim to have carried out drives to check these violations, it seems that the efforts are not enough. “Without clear orders from the top brass, we cannot stop VIPs and challan them,” said a traffic constable.