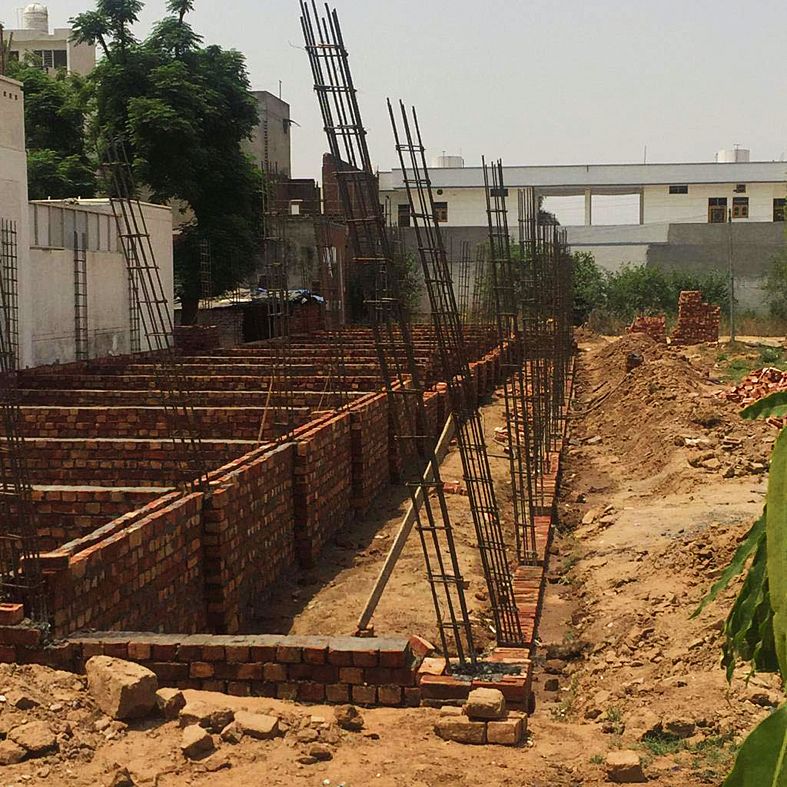 Construction under way at a colony in Karheri village in Patiala.

The Patiala Development Authority (PDA) has now issued a notice under section 87 and 88 of the PRTPD to developers who were found developing a colony under its regulated area. The matter came to light when residents of Karheri village wrote to the Panchayat, demanding action against the colonisers.

Sarpanch of the village Amarjeet Singh said the Panchayat had written to the PDA, requesting that the alleged illegal construction of the colony be stopped.

The Panchayat wrote that many shops having multiple stories were being constructed in an unauthorised manner. “This is a purely residential area and such construction will lead to multiple problems for the residents of the colony. This is against the law of the land,” the Panchayat pointed out, and demanded action against the illegal construction.

The residents also pointed out that officers of the PDA had visited the area and warned the persons concerned to stop the construction, but to no avail.

Meanwhile, the PDA officials said they got the construction stopped thrice. “Now, we have sent notices to the colonisers under section 87 and 88 of the PRTPD. Due action has been initiated against the colonisers,” said PDA Chief Administrator Surabhi Malik. She said the PDA would also write to the SDM office to help put a check on the illegal and unregulated construction.