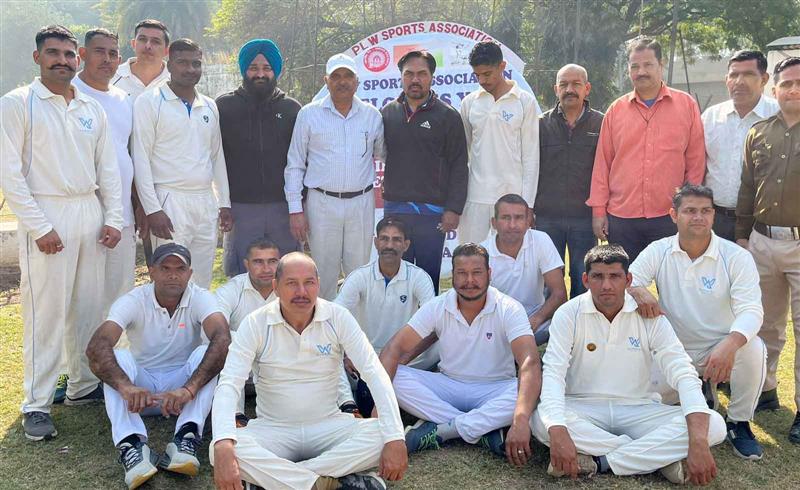 Players during the cricket championship in Patiala.

During the 36th edition of the PLW Inter-Departmental Cricket Championship, the RPF team won the match against the Personnel Department team by 104 runs.

The Personnel Department team won the toss and elected to field. Batting first, the RPF team scored 177 runs for three wickets in 16 overs. Vijay Kumar was the star batsman for his side and scored 63 runs in 42 balls and he was supported by Shiv Shanker who gathered 37 runs in 15 balls while a quickfire knock by Parveen Kumar who scored 35 runs in 25 balls at the end helped their team score a good total.

In reply, the personnel team could manage only 73 runs for the loss of 8 wickets in the stipulated 16 overs. Barring Sunil Manhas who made 23 runs in 15 balls and Ajay Kumar (19 runs in 11 balls), no other batsman could reach double figures. Naveen Kumar from the RPF side claimed three wickets in four overs by giving 17 runs while Dharam Singh took two wickets in three overs by giving 15 runs.