Claims it was retribution for having penned the ‘Kisan anthem’ 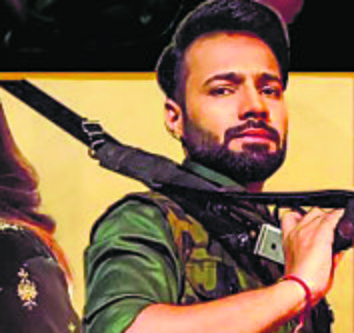 The Youth Akali Dal (YAD) claimed on Wednesday that Punjabi song writer Shree Brar was arrested and tortured by the Punjab government on the directions of Union Home Minister Amit Shah as punishment for writing the ‘Kisan Anthem’.

Terming the arrest, torture and subsequent isolation of Shree Brar by the Patiala Police as vindictive and against policing norms, YAD President Parambans Singh Romana said Shree Brar had given a huge boost to the Kisan Andolan by penning a song that had become its unofficial anthem.

“The song – Swaraja piche Barigate paaye hoi ne - inspired lakhs of people to join the Kisan movement, which was not to the liking of the centre as well as the home ministry. This is why Shree Brar has been singled out for punishment with relation to another song he wrote one month back”, he alleged.

Parambans Romana said police had refused to allow his party to meet Brar.

“While the YAD is against glorification of violence, there are so many other singers who have done much worse but continue to roam in vehicles of Congress leaders even after being issued summons by the courts,” he said, adding there were reports of singers being issued notices by the Enforcement Directorate, Income Tax and even under FERA to intimidate them.