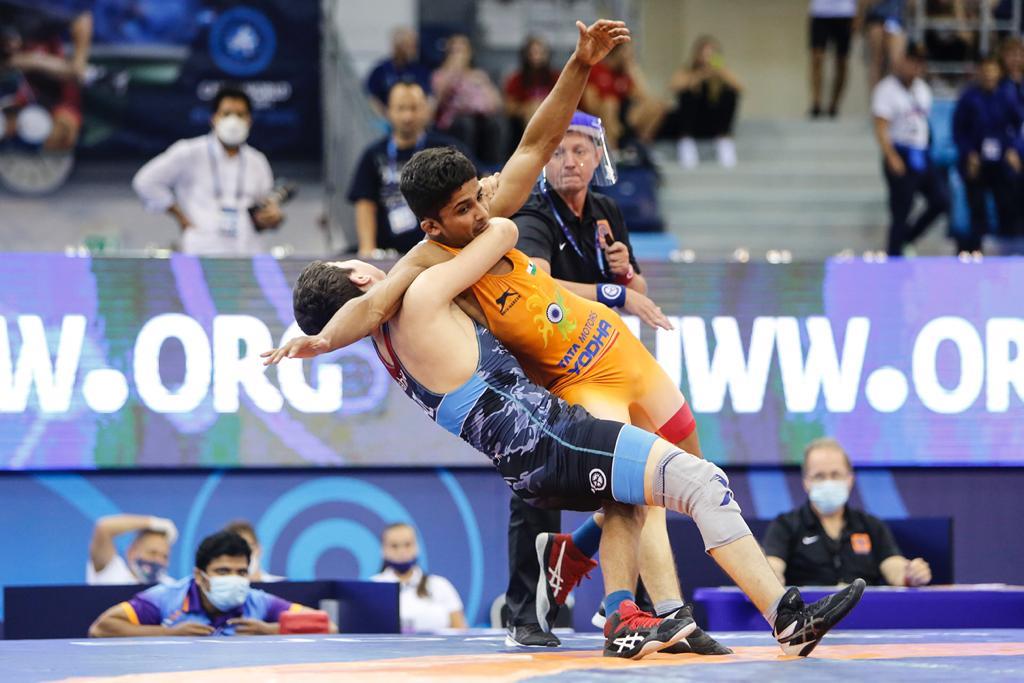 Singh, a 16-year-old wrestler from Mandaur village in Patiala, won a silver medal at the World Championship (July 19-25) being held at Budapest, Hungary.

Notably, Randhir Singh was the last wrestler of Punjab to win a medal at the World Cadet Championship in 1987.

Jaskaran, who has been trained by the coaches Saraj Singh and Gurmel Singh at the Rustum-E- Hind Pehwlan Kesar Singh Akahda in Patiala, has won the silver medal in the 60 kg weight category in freestyle wrestling. He defeated four wrestlers one-sided in the run-up to the final bout. In the final, Jaskaran lost to Kamronbek Kadamov of Uzbekistan.

Saraj Singh said, “It was Jaskaran’s first international tournament, and he won a medal. He is a talented young wrestler and will go a long way.”

Arjun awardee Palwinder Singh Cheema, incharge of Jaskaran's akahda, said, “Jaskaran has made everyone proud. The hard work of Jaskaran and his coaches have resulted in a big achievement. I think this performance will inspire other wrestlers.”

Mohinder Singh, General Secretary, Patiala wrestling association, said, “This medal will give a big boost to the wrestling sport in the state. “