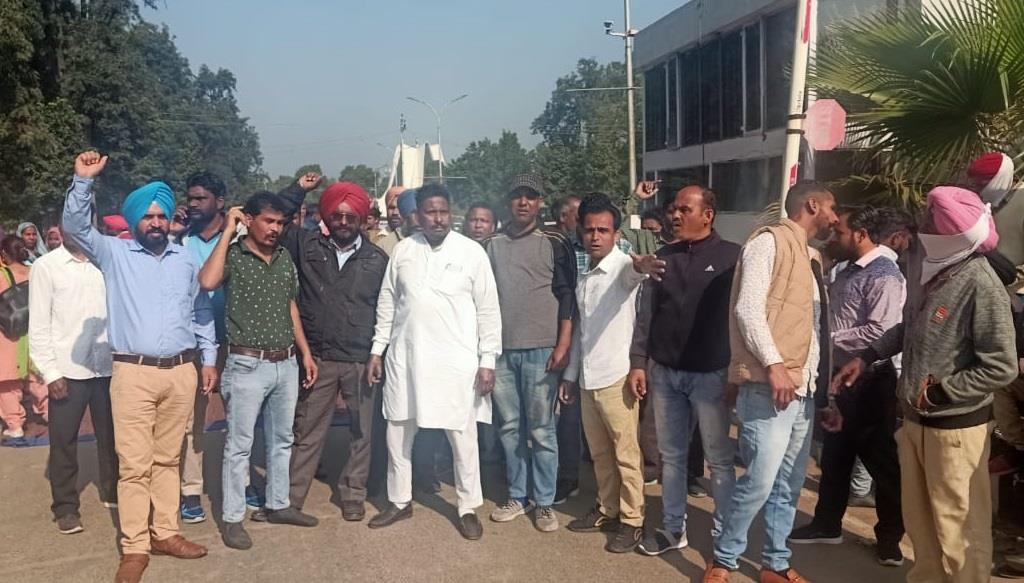 Daily wager employees of Patiala’s Punjabi University on Monday did not allow employees and students to enter the campus. The Tribune/Rajesh Sachar

Daily wager employees at Patiala’s Punjabi University on Monday did not allow employees and students to enter the campus and closed its gates in protest against the varsity's decision to delay the renewal of their work contracts.

The daily wagers have been protesting for over a week as the University introduced a gap of four days at the time of the renewal of their work contract which takes place every two months.

The workers resorted to throwing garbage on University roads and outside administrative blocks last week. Later, the police reached the campus to disperse the crowd.

Jatinder Singh Kala, president of the daily wager sanitation workers said, “We have closed the University gates as our demands have not been met. The protest will continue throughout the day.”