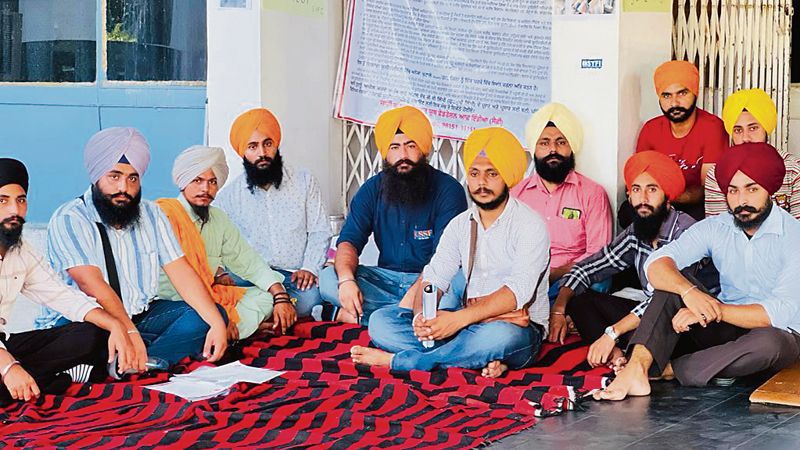 While both committees formed by the Shiromani Parbandhak Committee (SGPC) and Punjabi University have yet to submit their reports on alleged disrespect to rare books, related to Sikh religion, in the university library, the authorities concerned have issued a clarification rejecting the allegations. Students, however, continued their protest over the issue outside the Vice-Chancellor's office here on Friday.

It further stated that a stock checking was carried out at the university's Dr Ganda Singh Punjabi Reference Library. “Some students have uploaded pictures of books online, which have been presented as a proof of disrespect. This is an attempt to harm university,” the clarification added

University Registrar Prof Navjot Kaur said, “Punjabi University respects all religions and related texts. No act has been committed in the university, which can be termed as disrespect to any religion. Proper decorum is maintained while accessing religious texts.”

Members of the two committees said they were preparing reports regarding the issue, which would be submitted within a few days.

Meanwhile, students associated with the Secular Youth Federation of India (SYFI) continued their protest at the university on Friday. Yadwinder Singh Yadu of the student union said, “We held a candle march yesterday and continued protest today. We want the state government to look into the matter.”