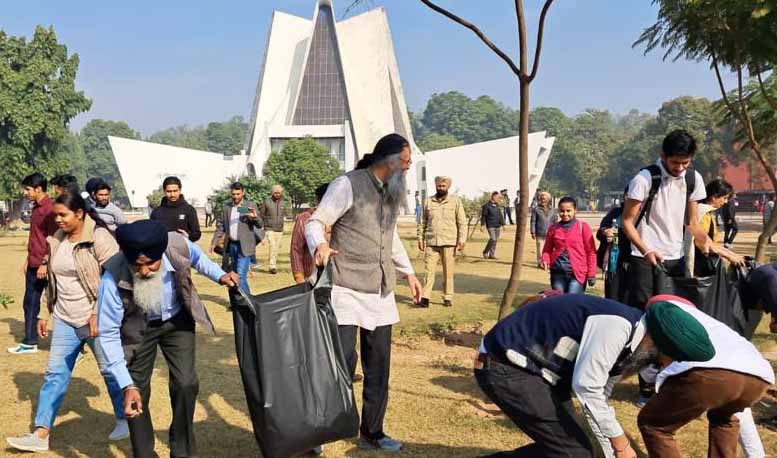 VC Prof Arvind, faculty members and students pitch in to clean up garbage littered on campus.

Cleanliness workers of Punjabi University today carried out a protest march and dumped garbage at the university entry gates. The workers have been protesting since November 22 to seek regularisation of their jobs.

The workers earlier dumped garbage at various places across the campus to register their protest. They had also blocked one of the entry gates in protest.

The protesters claim to have been working on the campus for over a decade. They said they had submitted memorandums to the university and added, “We are being exploited by the university authorities as we are being paid meagre salaries. They should regularise our jobs as we have worked as daily-wagers and contractual employees for long.”